You are here: Home / Choralosophy / Choral Music is a Celebration of What We Have in Common

While using our differences to our advantage.

I have become very interested over the last three years in learning from people that see the world through lenses that rarely get amplified on social media or by large institutions. They seem to me, rightly or wrongly, as interesting BECAUSE they are different. The defier of stereotypes has always fascinated me, but since I began podcasting, that fascination has become a lifeblood. It is easy to like, share and retweet something that you see as popular. It takes the courage of one’s convictions to articulate the problems you see with popular opinion.

On the Choralosophy Podcast I have spent a good deal of time and energy discussing the topic of “identity” in the arts, through a special category called “Choral Music: A Human Art Form” and how differing philosophies impact how the topic is discussed. In my view, there are major problems in the world stemming from philosophical illiteracy. Namely, what seems to be a lack of awareness that there are different ways to discuss societal problems, and how to move competently between them. As leaders of diverse groups, I see this is a non-optional skill for choral directors. We need to recognize that the centering of one’s immutable characteristics as the primary feature of one’s identity, is but one of many philosophies of finding or describing the “self.” Some find identity most strongly with their culture, nationality, religion, profession, school of thought, or even with the rejection of group identity itself. And that’s ok.

One of the things I have observed is that large institutions, like ACDA, most of higher ed, as well as K-12 education have chosen to discuss the concept of identity by promoting the primacy of immutable characteristics (race, sex, sexuality etc) via the Critical frameworks. Do you remember “Pedagogy of the Oppressed” by Friere? His ideas are quite fashionable right now, and for many it is the only acceptable approach. Some, go so far as to brand anyone who has disagreements as “the enemy.” However, when discussing identity with individuals, as I do often on the show, it is the more “Universal Humanism” framework that people tend to choose. This makes sense. Critical frameworks tend to focus on systems. A large institution is likely to be in the business of “systems thinking.” Whereas, an individual is likely to think about issues from their own experience.

We, as humans, share every trait that is important. This means we are more alike than different. As a result, we all ultimately want the same things lending us to a Universal Humanist perspective when thinking about our own lives. An overemphasis on group differences leads to resentment and further division. Ignoring them leads to societal complacency.

Enter the “osophy” part of the podcast’s name. I am a firm believer in philosophical literacy and intellectual flexibility. Without it, we often fall back on assumptions of bad faith and nefarious motives, rather than simply saying, “ah. I see you are looking at this from a Critical perspective. I wasn’t looking at it that way, but I am happy to have the conversation” and then changing gears. We are all familiar with how toxic these conversations can become, especially online. But they don’t have to! (Dr. Erec Smith and I discussed this here.) Anytime you assign blanket guilt, innocence, virtue, wickedness etc. to any group of people, you reveal a weak spot in your own thinking. One of your blind spots. We all have them, but looking for them in one’s self is rare.

We should be able to switch at will between frameworks. Most DEI work promoted and presented by institutions is informed by the various Critical Theories, which are important. But there are times when that way of discussing disparity, and injustice have to be set aside for a humanist approach which sees the uniqueness of the individuals in the conversation and how these singular experiences may not fit the stereotypes. I discuss that here in an episode about the “Choral Cancelling” of composer, Daniel Elder. Choral music, like all group activities, lives at the intersection of system critique and individualism. There are problems and limitations with Diversity Trainings and activism. But it is also a necessary tool. There are problems and limitations with Universal Humanism or individual uniqueness approach as well. Ultimately, we can’t ignore things like racism, sexism and homophobia just because we meet someone who has been lucky enough to not be impacted significantly by those things. However, we should be able to hold competing ideas in our heads. We need both. The challenge is knowing which tool is needed for the situation at hand. One thing I know, is that you can’t have a conversation about an individual using systems thinking, and you can’t have a conversation about systems using individualism.

In Episode 93 with Micah Hendler I discuss this problem of “needing both.” We need to acknowledge the need for activist choral spaces for example. We also need to validate and acknowledge the need for choral spaces that “just focus on the music.” In Episode 73 with Professor Teodros Kiros of the Berklee School, we went deep into the philosophies of ancient Greece, their roots in Ethiopia. This should be important to musicians, because these artistic traditions as well as philosophical ones are older than the concept of “race” itself. Dr. Kiros espouses a profound advocacy in the “search for the human gaze.” This might be the most important philosophical conversation I have published to date BECAUSE of Dr. Kiros’ expertise in connecting art to philosophy. He will be back…

“I try to argue that they can become better musicians if they become philosophically trained. They will become sensitive to aesthetics in their lives, to the role that art plays in their lives.”

This problem was perfectly crystalized recently with an internet controversy about changing the standards for All-State choirs. The suggestion was made that in order to see increased representation of marginalized groups, the audition process should change. Namely, the reduction or elimination of sight reading, or even from having to sing alone. Many colleagues cheered this publicly. But others are concerned that this type of policy change would send the wrong message to the students we are saying we want to help. That message? “You are not capable of meeting the standard, so we are changing it.” No one TRIES to send this message, but it is sent nonetheless. This occurs when we fail to see individual consequences when searching for group “solutions.” A person looking at the All-State choir diversity problem through a Critical lens will focus on a percentages. It is true that white students are over represented in elite ensembles all across the country. However, it is not obvious that lowering the standards for those ensembles will improve the lives or outcomes for anyone, let alone students who have been cheated out of opportunities in their formative years to develop their music literacy. (This is expanded upon in all three of the episodes below.)

While I recognize the importance of different approaches, and the validity of systems thinking, I see the need to bring balance to the force. We are starved for common humanity, connection and trust. My goal is to offer that balance on the Choralosophy Podcast. Thanks for reading, and thanks for listening.

You can listen from the widgets below which will take you to Apple or Castbox to finish listening, or you can find the show on Google Play, Spotify, Youtube or Stitcher! 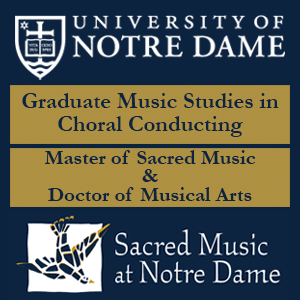 American composer Stephen Reich was born this day in New York City in 1936.