You are here: Home / Announcements / The Most Gorgeous Music You’ve Never Heard

Choral music can be symphonic, creating great walls of sound and a kaleidoscope of colors. Like Poulenc’s Mass in G or Lauridsen’s Les Chansons des Roses, these works can stun audiences and even change lives. How many of us became choral musicians due to an exquisitely performed, stunningly gorgeous choral work? Graphite has such works in our catalog. Your choirs can bring them to life!

With lush melodies and rich harmonies, these pieces will add beauty and light to any program. Program one of these works and bring a little-known gem to a greater audience. 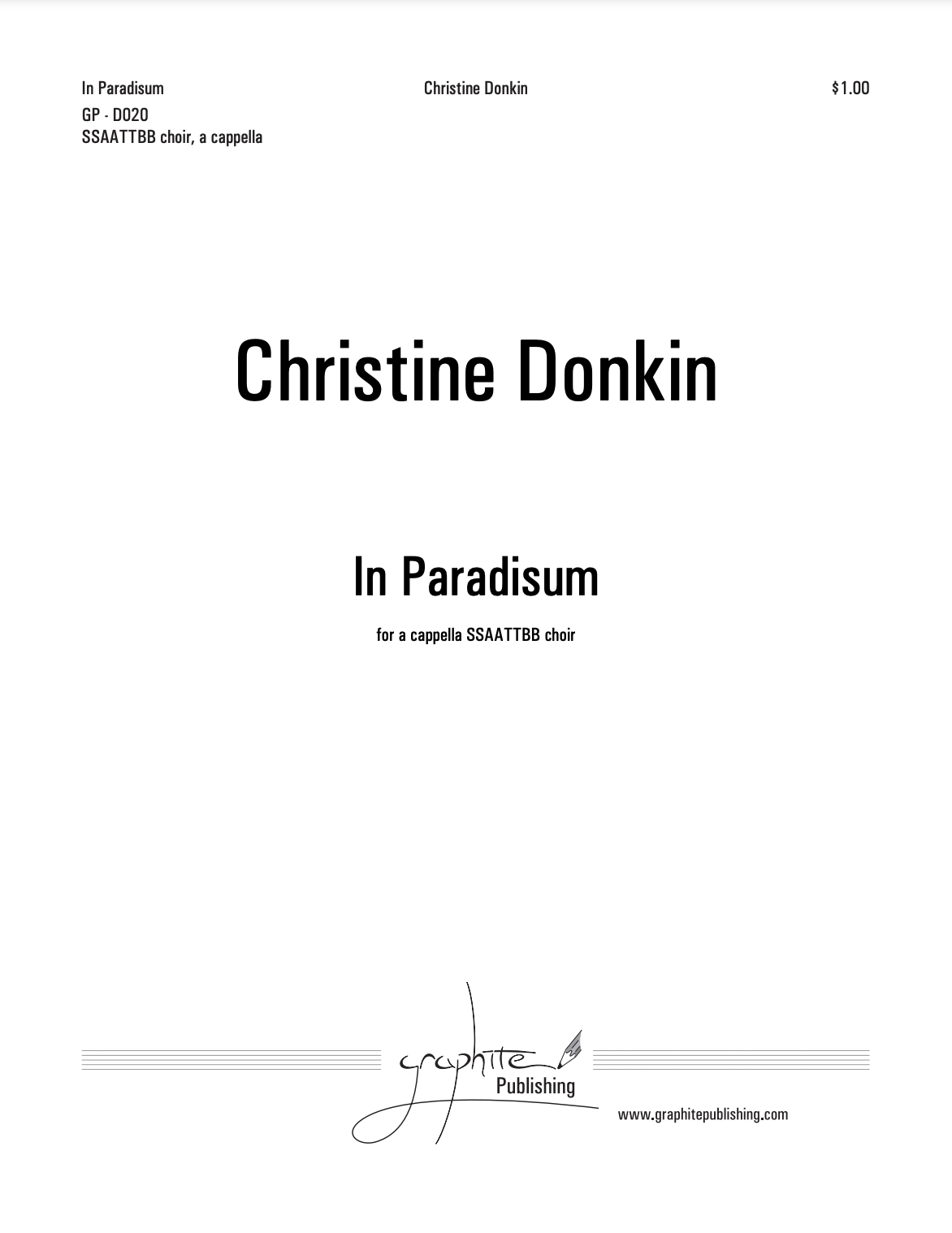 “In Paradisum,” an ancient text sometimes included in musical settings of the Requiem Mass, stands on its own in this dynamic eight-part setting. The opening is still and peaceful, as the text describes the soul’s arrival in paradise. Gradually the calm gives way to a sense of movement, created by a polyphonic passage which builds in intensity as the soul is brought to Jerusalem and greeted by a chorus of angels. Finally, the stillness returns and the music fades to nothing on the final word, “requiem.” 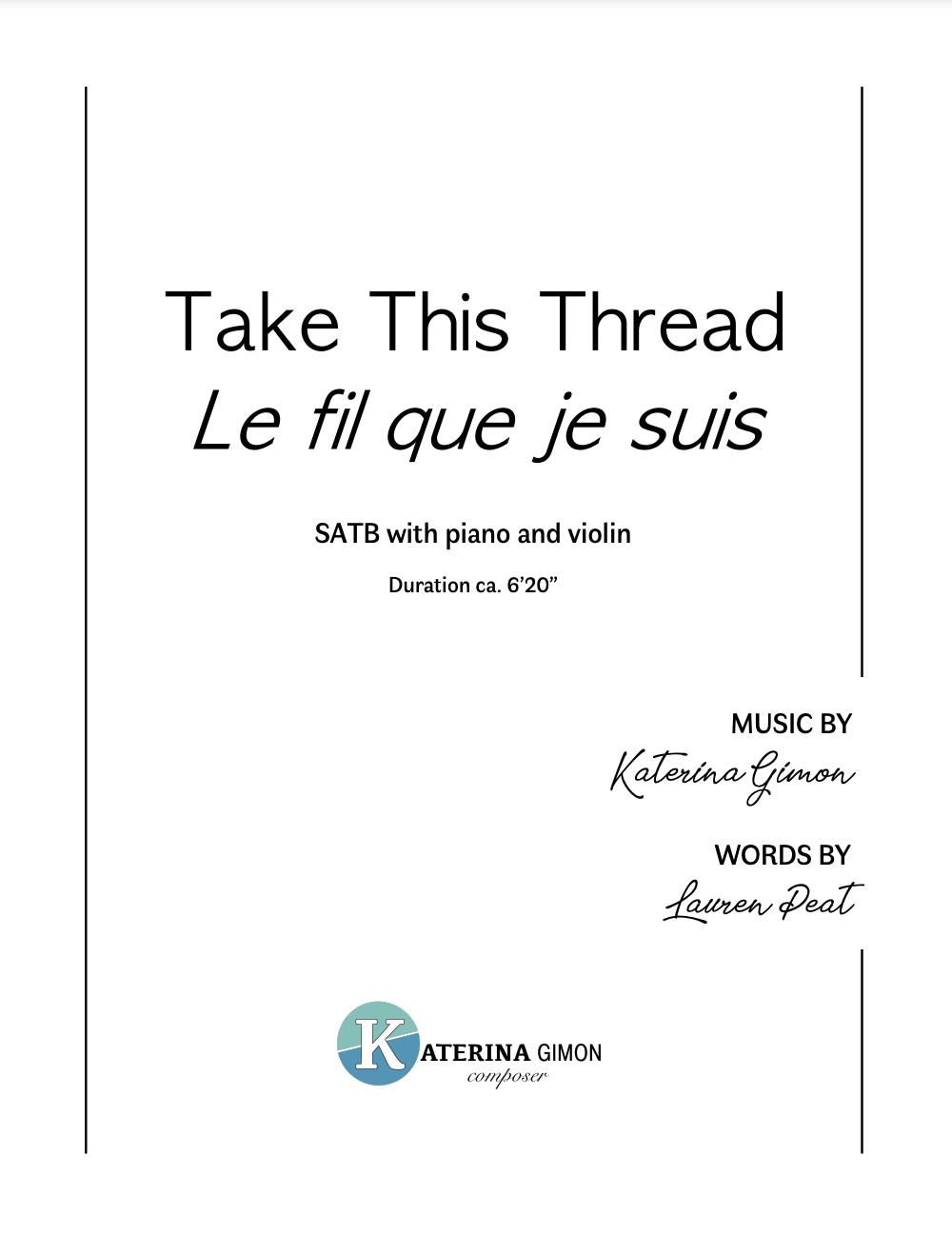 Gimon has written a poignant work that explores the connections or “threads” that hold us together and enable us to support one another, even and especially in times of difficulty. The message of this bilingual choral work—that the strength to carry on lies in our ability to be present with and for each other—extends far beyond any one moment in history. 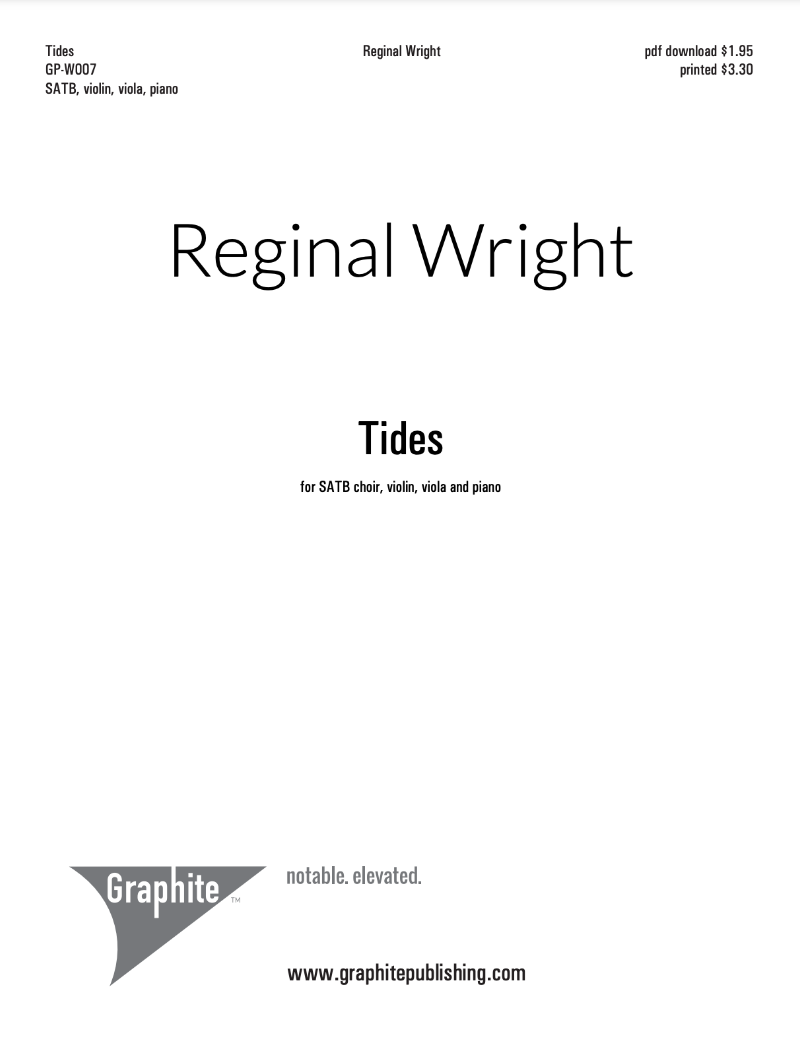 “Tides” is like the opening chorus of a late Bach cantata or a Haydn mass. The instrumentation, voicing, and substantial musical development all contribute to a piece of ambitious proportions and weight. 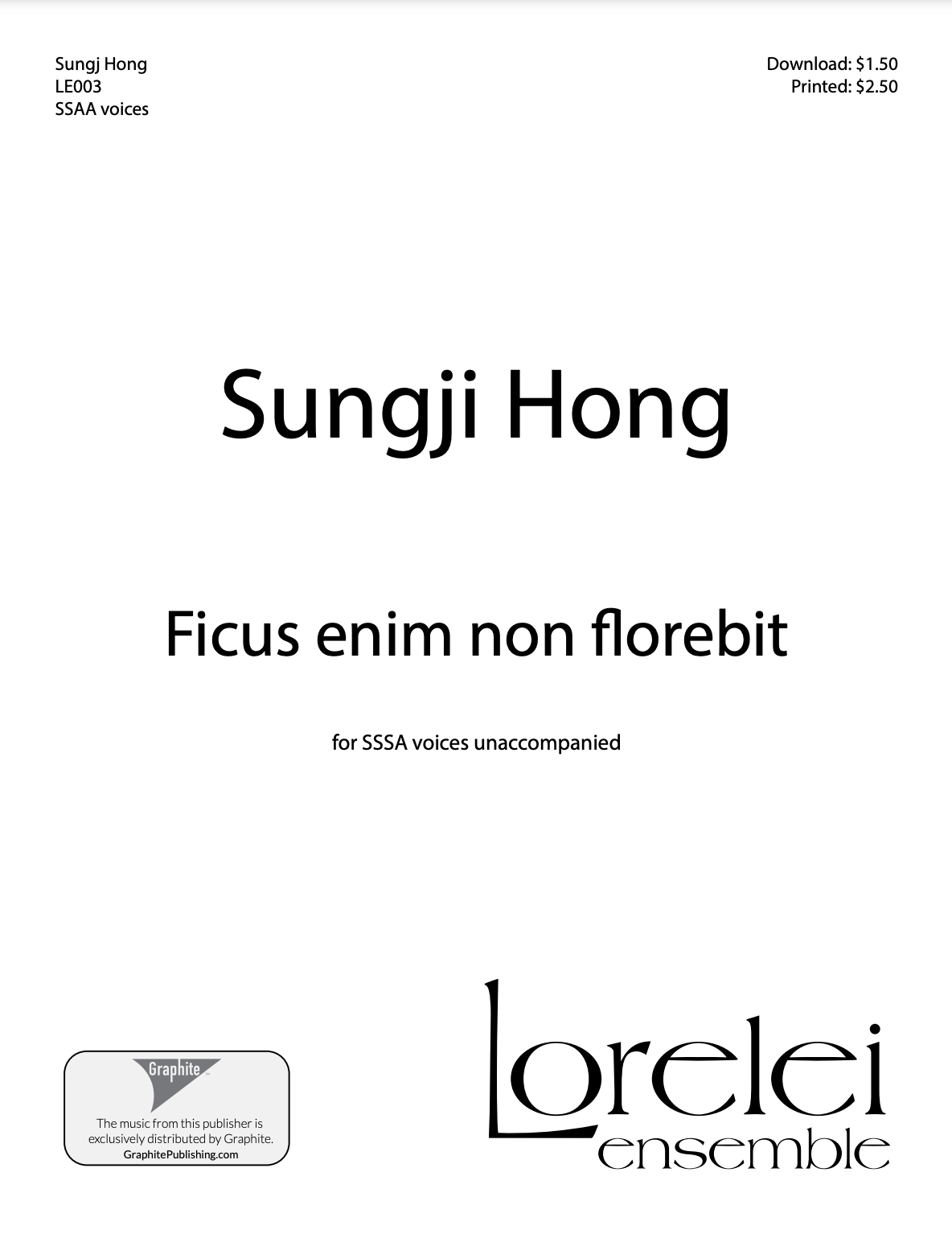 This text from the Biblical book of Habakkuk is a prayer in a time of poverty. The writer rejoices despite suffering under the weight of a fallen world. Hong’s setting displays both purity and discord through stark unisons and open sonorities juxtaposed with thick parallel dissonance. 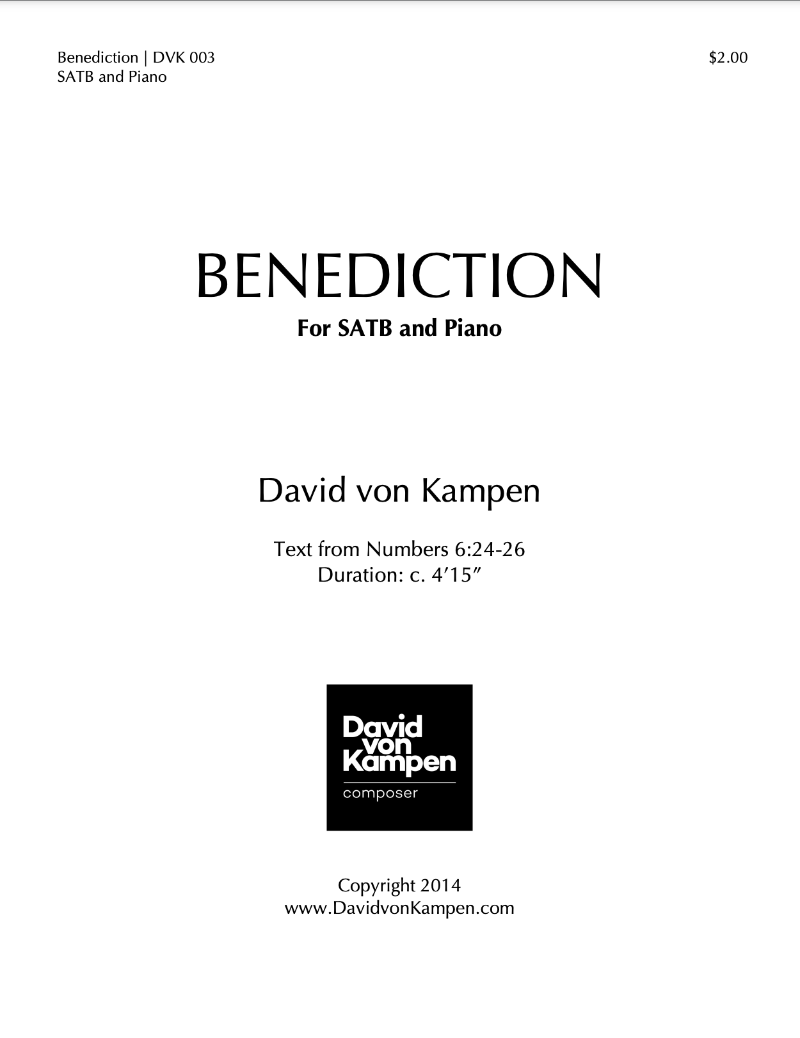 This setting of the Aaronic Benediction features a lush, dark, winding texture, offering a pensive interpretation of the words “The Lord bless you and keep you.” The chromatic, unaccompanied choral introduction gives way to a steady eighth-note-based piano accompaniment that continues underneath the longer melodic phrases. 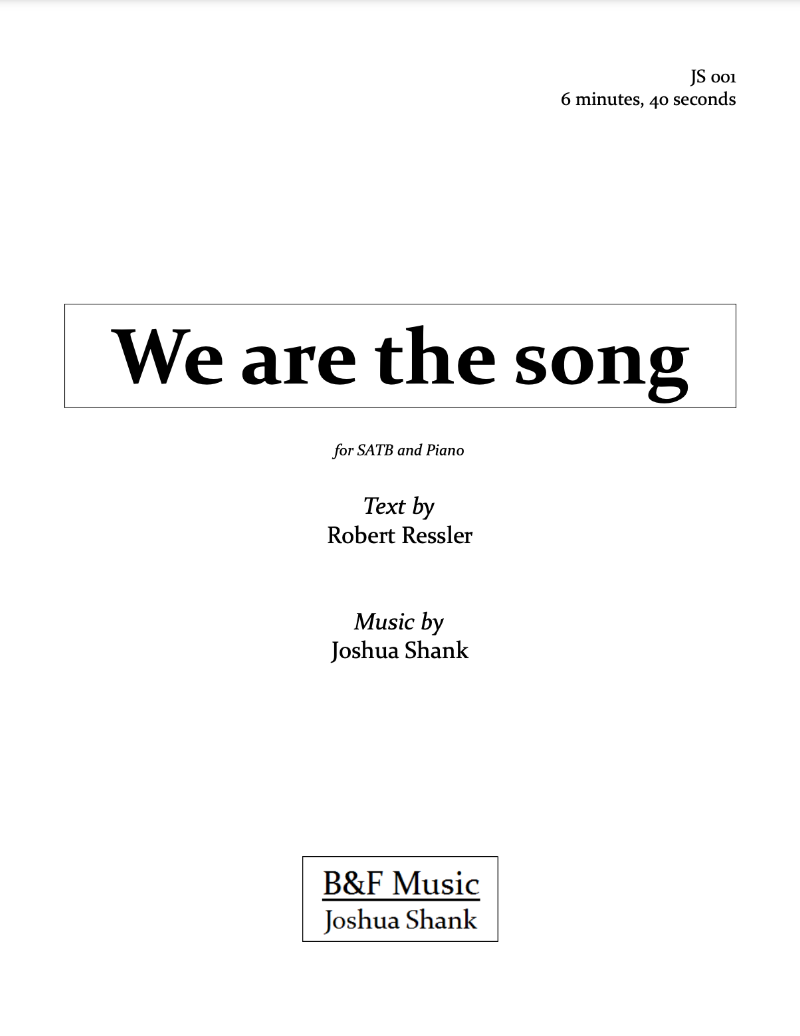 “We Are the Song”
Joshua Shank
SATB, piano
Difficulty:

A lyrical piece about the connectivity between all things in nature and the strength to be brave in the face of adversity. “Though we may not have been called heroes,” goes the text by Robert Ressler, “that does not mean we are not brave.” 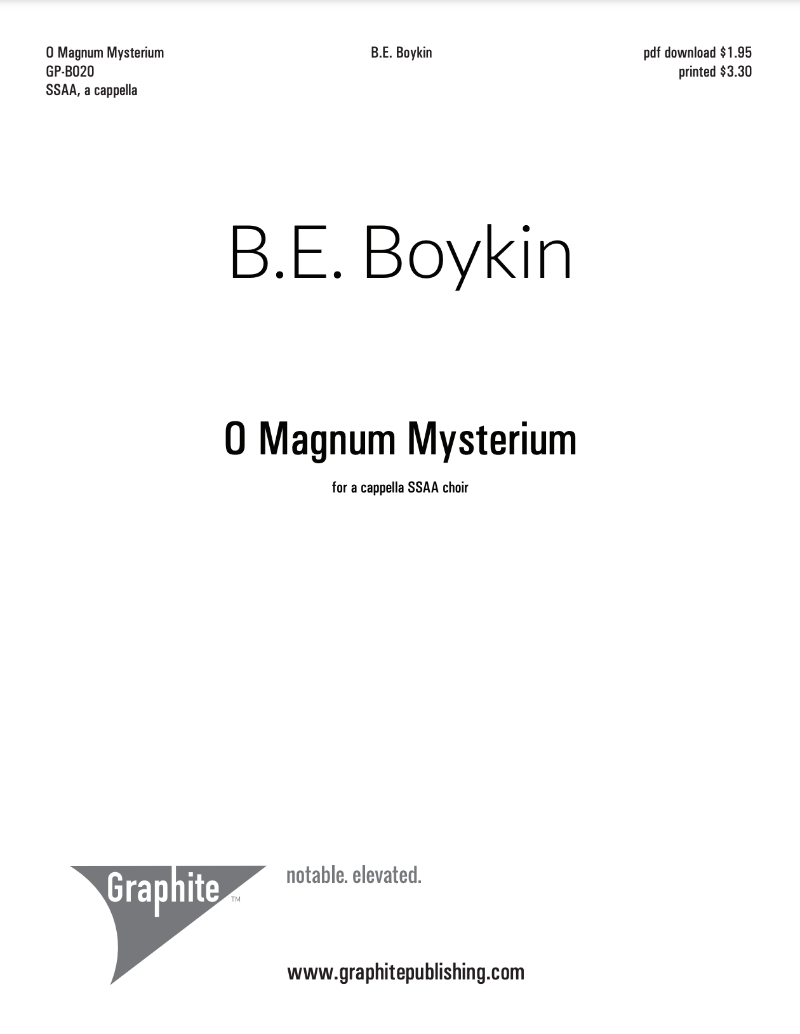 This contemporary setting of the traditional Christmas text features haunting, floating harmonies that evoke a deeper sense of spirituality in singers and audiences alike. 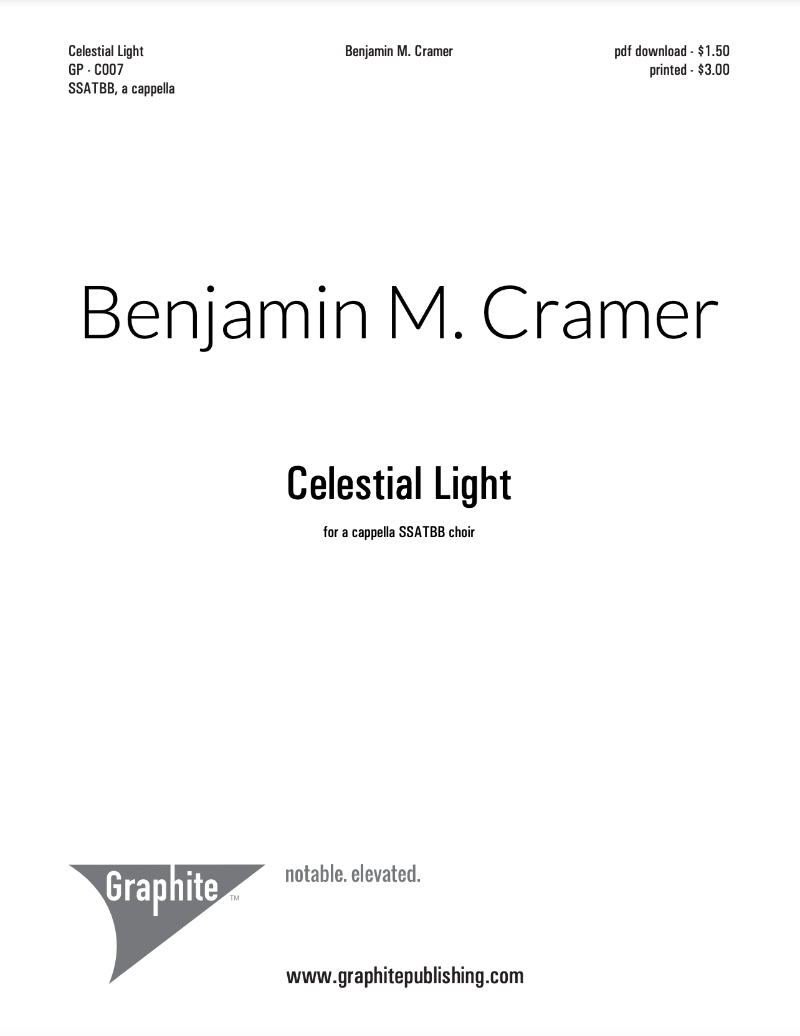 This piece combines two different sacred cultural traditions—Tibetan overtone singing and a Taiwanese prayer-song—to create an ethereal and mysterious soundscape. The extended techniques utilized in this piece are meant to create a soundscape of cascading and clashing overtones. The time durations listed along the top of each system are approximate and may be adjusted at the conductor’s discretion to fit the performance space. 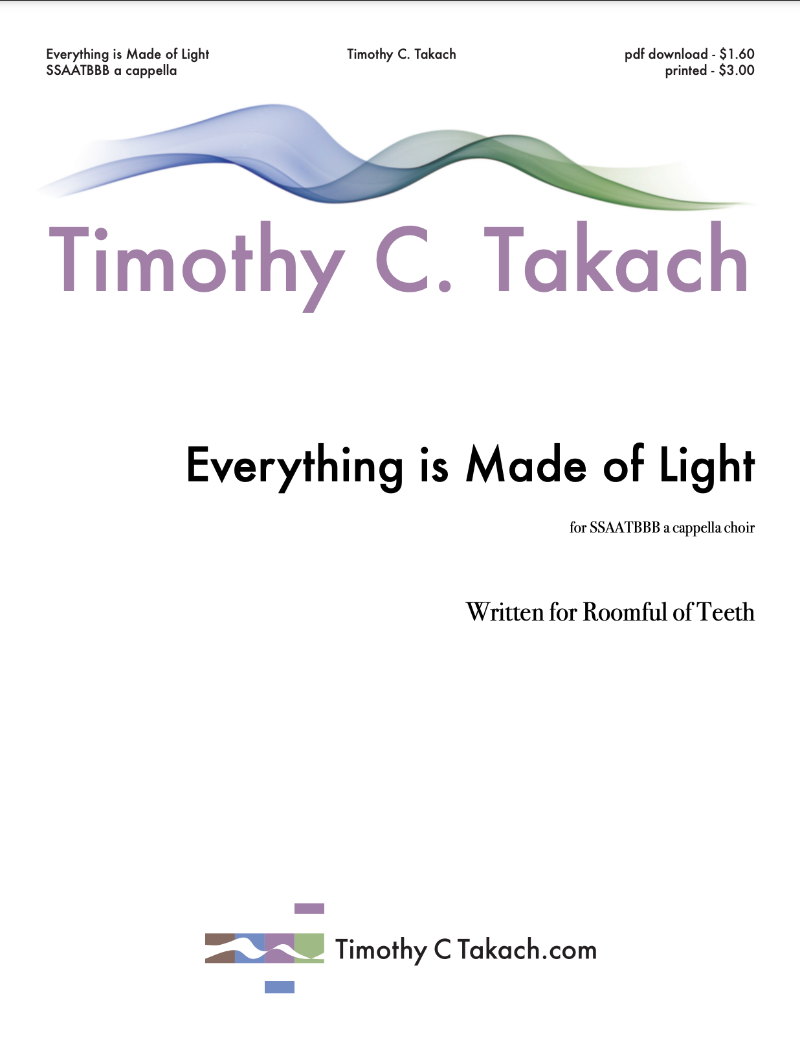 “Everything is Made of Light”
Timothy C. Takach
SSAATBBB a cappella
Difficulty:

Written for GRAMMY-winning ensemble Roomful of Teeth and included as “Moon” from Takach’s solar system-spanning Helios, this piece is an exploration of sound, environment, and texture. Takach takes
full advantage of the flexibility and range of choral singers: flickering, soft entrances and bright, blazing tutti moments. The striking timbral colors and massive contrasts spin a dazzling, haunting story in sound. 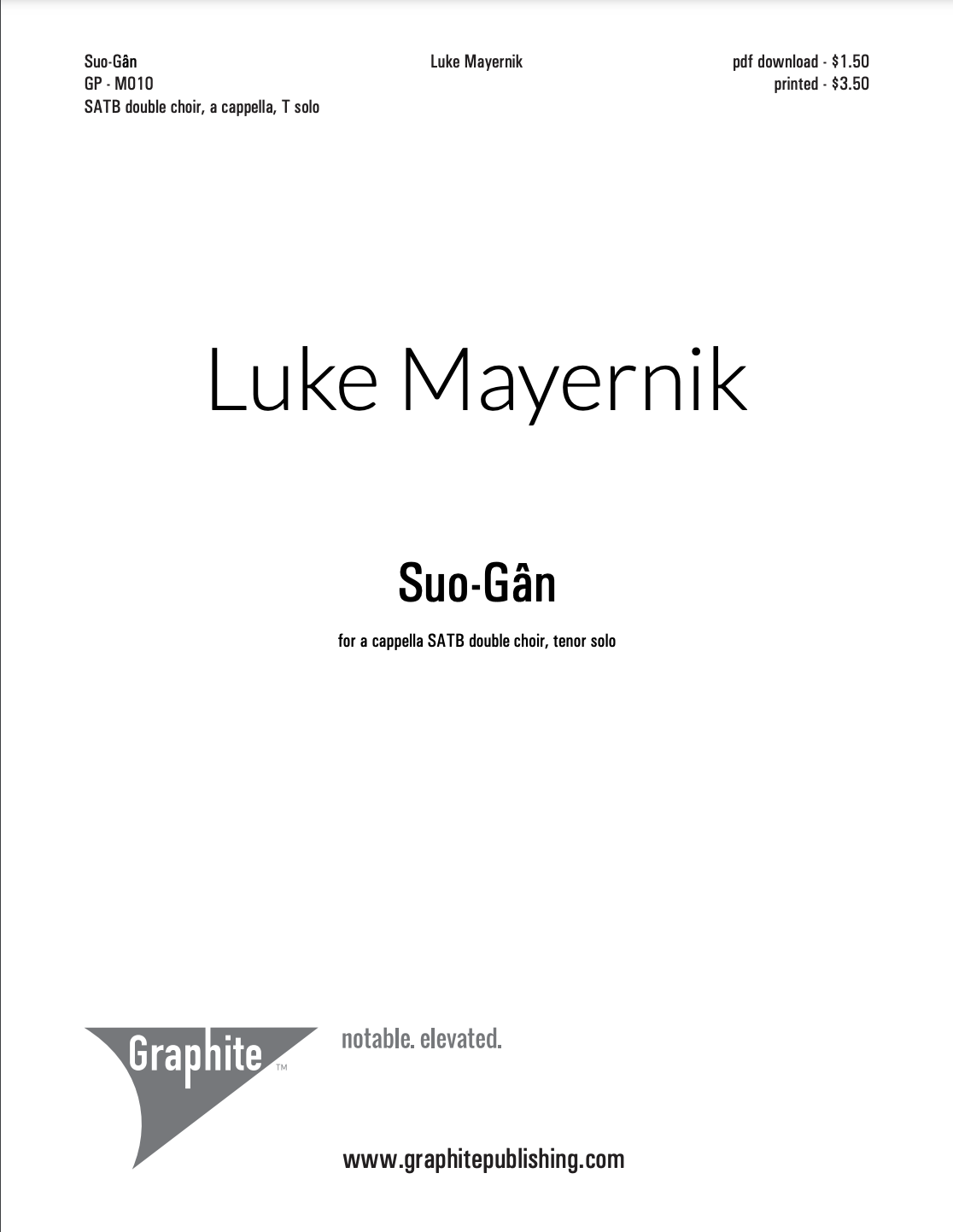 “Suo-Gân” sets the text of a traditional Welsh lullaby translated into English. This piece is scored for double SATB choir, which may be split antiphonally. The music was crafted so that the two choirs are offset by a beat, creating a marvelous echo effect. At the height of the work, warm and enveloping colors of the lullaby are echoed throughout the land.

Jonathan Campbell, BA, MSM, DMA, currently serves as Director of Music at Zion Lutheran Church, Anoka, MN., and is a Contributing Editor for Graphite Publishing. His music publishers include Augsburg Fortress, Concordia, Morningstar, GIA, Sacred Music Press, and Falls House. He won first prize in the Morningside Choral Composition Contest and was also awarded a Faith Partner’s Residency with the American Composer’s Forum. Jonathan has served many churches, conducted the Chorale of the Honors Choirs S.E. MN for eight years, and has served on the faculties of Winona State University, Augsburg University, and Pomona College.