You are here: Home / Announcements / Bring new music to life and reinvigorate your choir program this year by joining Graphite’s 2021-22 Commissioning Consortium!

Bring new music to life and reinvigorate your choir program this year by joining Graphite’s 2021-22 Commissioning Consortium! We’re elated to commission Graphite composers Christopher Harris and Christine Donkin for what will surely be two exquisite and gorgeous works for SATB choir and piano. These new pieces will be written for a Level 3 difficulty rating, with easily sung lines and minimal divisions, perfect for high school, college, and community choirs. 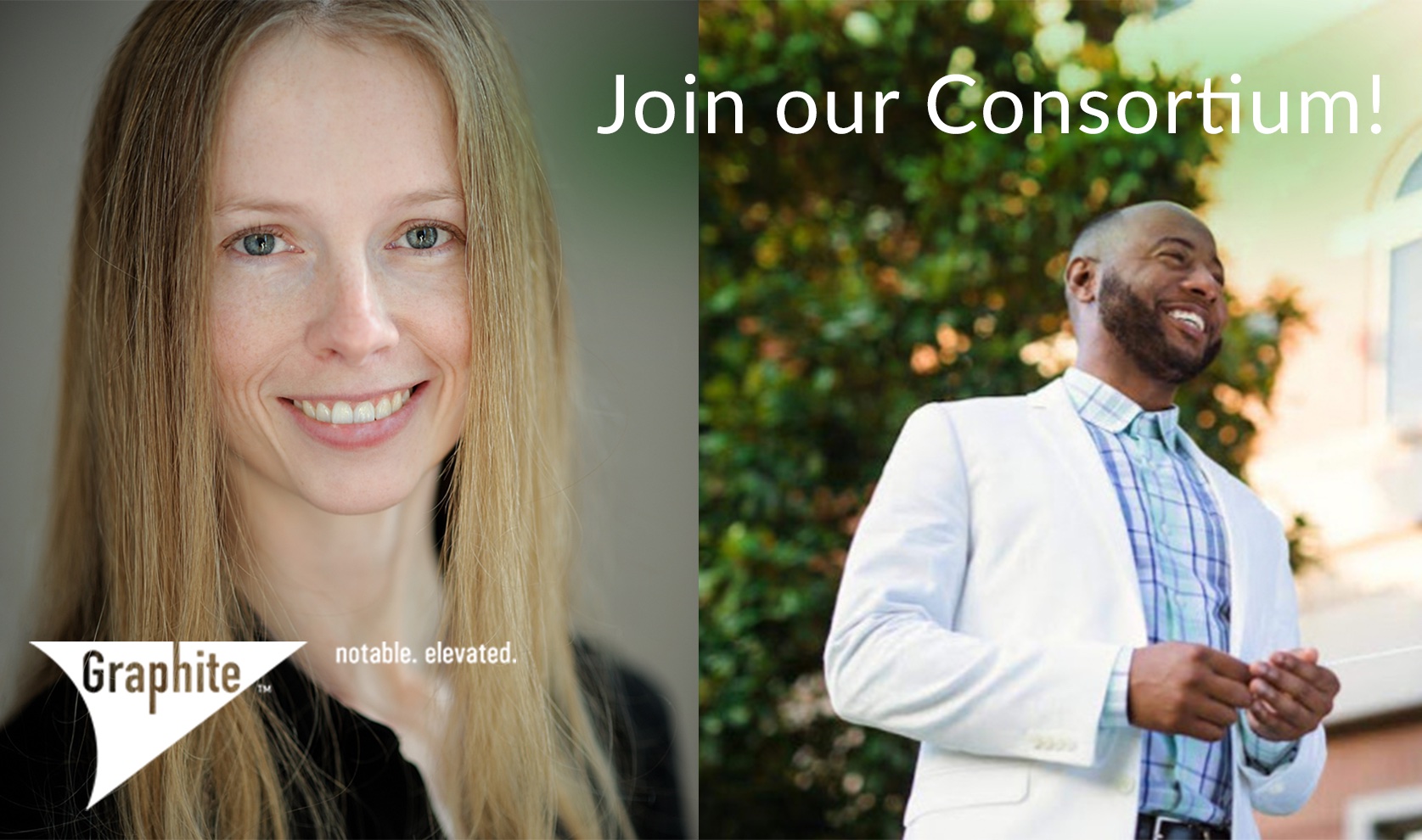 Christopher Harris is on faculty at Arkansas Tech University as Director of Choral Studies and Assistant Professor of Music. He is the founder of the Houston Master Singers and has served as the Assistant Director for the Houston Ebony Opera Guild.

Music from Canadian composer Christine Donkin has been described by critics as “stunning,” “poignant,” and “astonishingly beautiful,” her work is promoted by several publishers and is performed all over the continent and beyond.

This project will deliver both PDF scores to print for all your singers and a 9-month local premiere window. Join the consortium here! 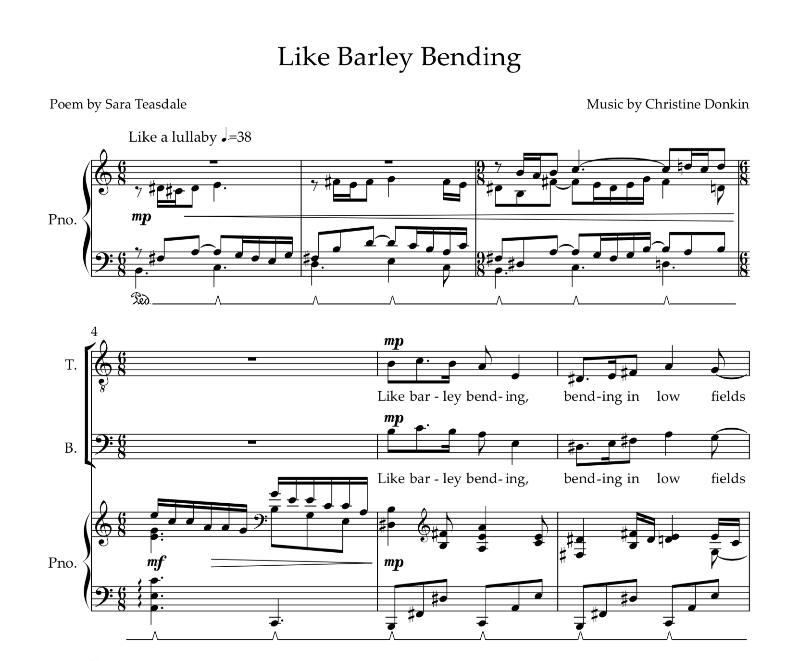 Christine Donkin has already finished her piece for us, and it’s beautiful. She wrote the following heartfelt program note about the new piece. 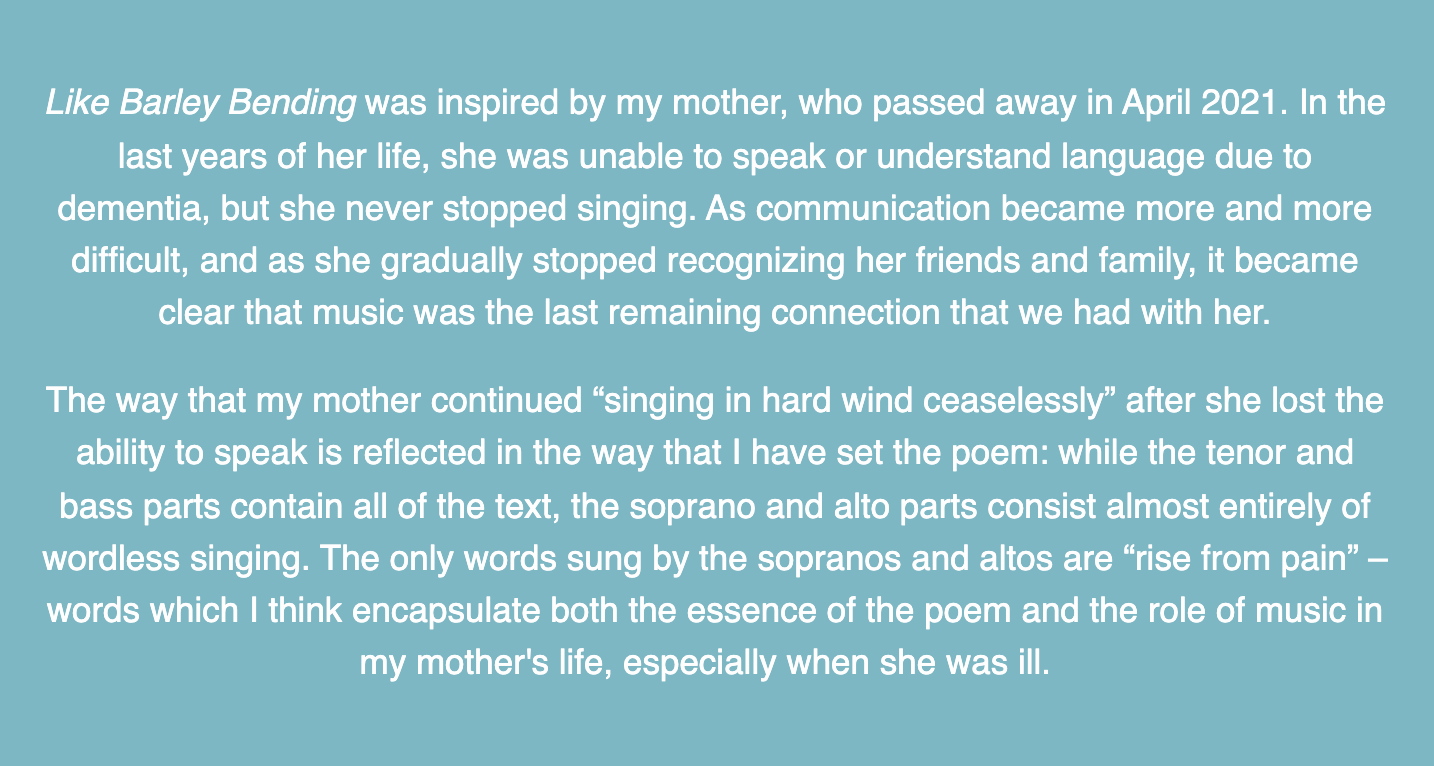 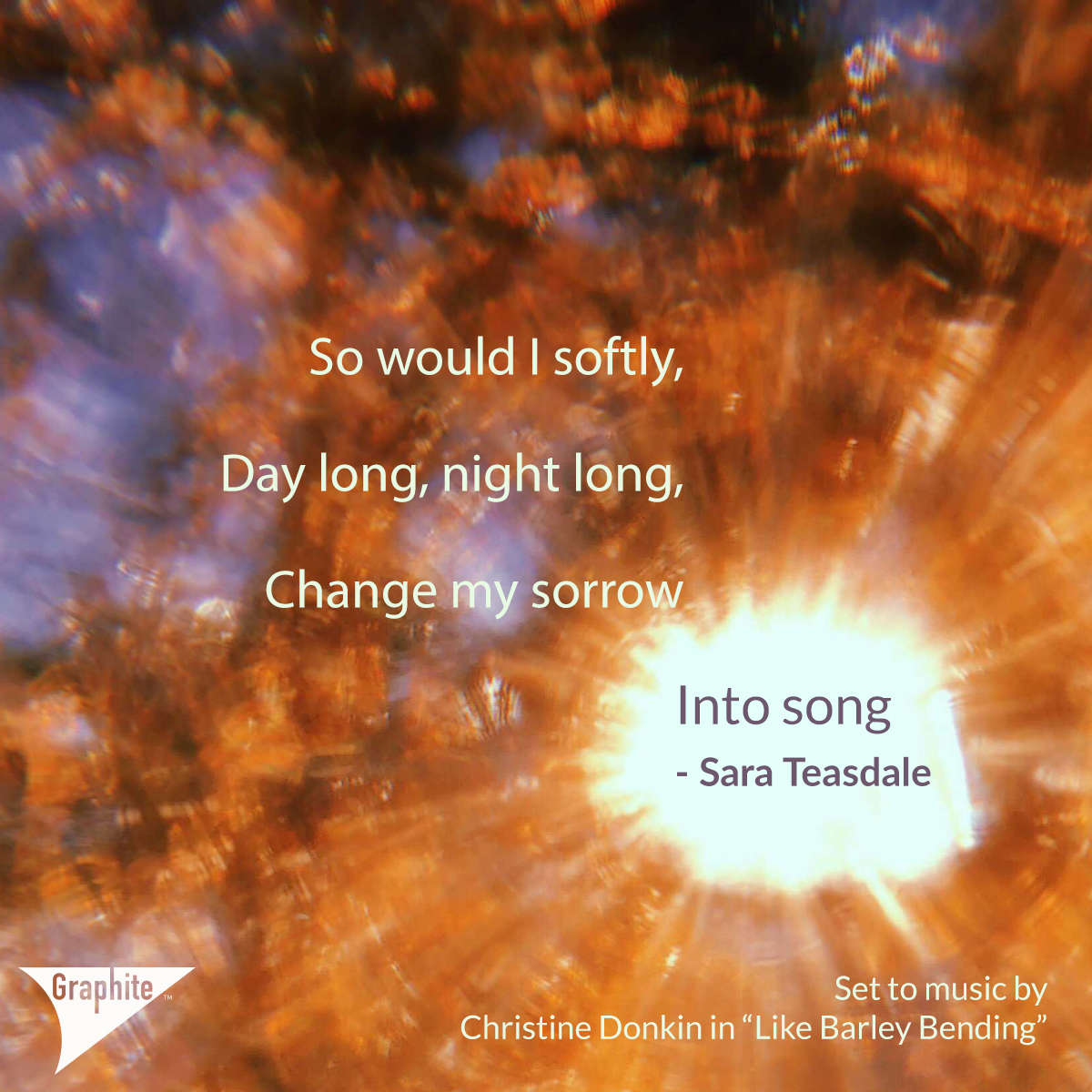 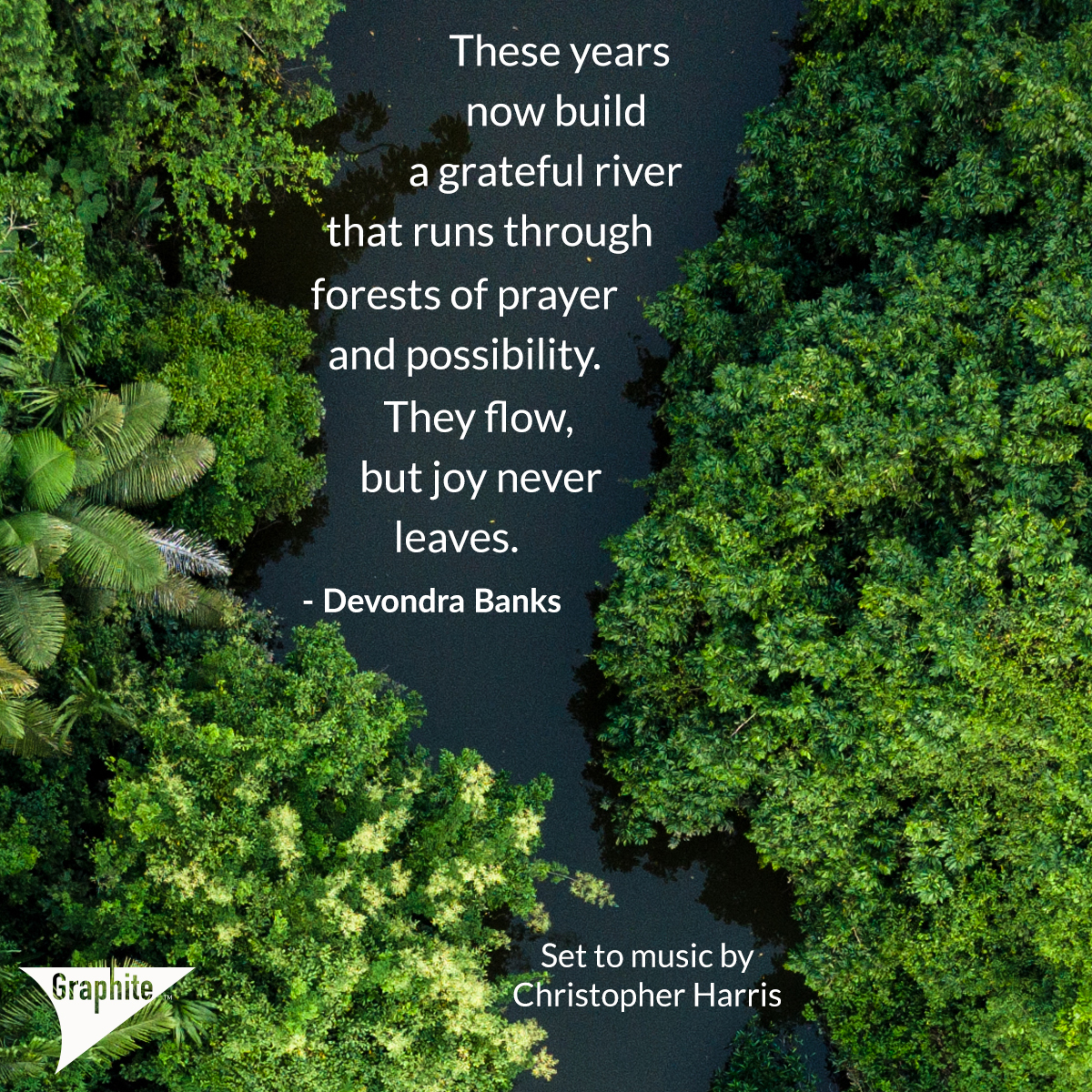 Christine Donkin is an award-winning composer whose music appeals to a broad range of listeners and performers. Described by critics as “stunning”, “poignant”, and “astonishingly beautiful”, her work is promoted by several publishers and is performed all over the continent and beyond. Christine enjoys composing music for a wide range of performers. While her compositions have been programmed at such prestigious venues as Carnegie Hall and the Moscow Conservatory, they are also frequently played at concerts featuring music students, community orchestras, and church choirs. As one of Canada’s leading pedagogical composers, Christine is frequently called upon to work with music students and teachers as a guest speaker, clinician, and adjudicator. Over one hundred of her compositions, arrangements, and figured bass realizations appear in the Royal Conservatory of Music graded repertoire and studies books. With additional compositions included in the publications of Trinity College London and the Australian Music Examinations Board, Christine’s pedagogical music is quickly gaining international prominence.

Dr. Christopher H. Harris, a native of Fort Worth, Texas, is a music educator, conductor, performer, and choral composer. In August 2017 he joined the faculty at Arkansas Tech University as Director of Choral Studies and Assistant Professor of Music. He received his Ph.D. in Choral Music Education from Florida State University in Tallahassee, FL, his Master’s in Choral Conducting from Ithaca College in Ithaca, NY, and his Bachelor’s in Music Education from Texas Southern University in Houston, TX. He is a published composer with several accolades including the winner of both the Eastern and National Divisions of the 2013 National Association for Music Education Composition Competition, and the Grand Prize Winner of the 2016 Ithaca College Choral Composition Competition. His music has been performed internationally by mixed, men’s, and treble choirs of varied ages and abilities. Most recently Harris was honored through the selection of his music for performance by the 2018 Texas All-State Mixed Choir, the 2018 Southwest American Choral Directors Association Men’s Honor Choir, the 2018 Arkansas Intercollegiate Choir, and the 2019 Arkansas All-State Mixed Choir and New York All-State Mixed Choir. As a performer, Christopher has performed as guest baritone soloist for concerts with the Texas Southern University Choir, the Houston Ebony Opera Guild, the Houston Symphony Chorus, the 2013 Owego School District’s Production of Faure’s Requiem, with choirs from Florida State University, and the Tallahassee Community Chorus. Harris was a guest soloist with the ATU Symphonic Wind Ensemble for their performance at the Southwestern Division of the College Band Directors National Association Convention in Houston, Texas in March 2018.

The New York City Opera, originally dubbed “The People’s Opera,” was inaugurated on this day in 1943.