Six members have been accepted into ACDA’s International Conductors Exchange Program (ICEP) and are set to exchange with six of their counterparts in Germany. ACDA is pleased to announce the following 2022-23 fellows:

ACDA’s International Conductors Exchange Program represents an opportunity for a new generation of choral specialists to affirm that choral music-making transcends national borders, ideologies, religions, and all those demarcations that too often divide us.

Established in 2010 and coordinated by ACDA’s International Activities Committee, the ICEP program has connected choral conductors in the United States with counterparts in Cuba, China, Sweden, South Korea, Argentina, Brazil, Costa Rica, Guatemala, Mexico, Uruguay, Kenya, and South Africa. Between 2012 and 2019, 63 U.S. conductors have participated in the exchange program, hosting an international conductor and traveling abroad to observe and lead rehearsals, present lectures and master classes, as well as other activities. John McDonald is Assistant Professor of Music Education and Director of Choirs at McKendree University in Lebanon, Illinois, and conductor of the St. Louis Children’s Choir Young Men’s Chorus. At McKendree, Dr. McDonald teaches undergraduate courses in vocal and general music education, directs the Chamber Choir and Concert Choir, and chairs the faculty committee on Student Affairs. He is frequently invited as a guest conductor and adjudicator for honor choirs and festivals including events in Idaho, Illinois, Kansas, Missouri, Tennessee, and Utah. He serves on the ACDA Education and Communication Committee and is the District 6 Representative for the Illinois chapter. He has performed professionally as a singer and conductor with the Missouri Choral Artists where he also serves as artistic advisor. A native of Tennessee, McDonald earned his undergraduate degree in music education from Middle Tennessee State University studying with Dr. Raphael Bundage and Dr. Jamila McWhirter. Following his graduation, he taught choir, general music, and musical theater at Oakland High School in Murfreesboro, Tennessee. He then went on to earn a master of music from East Carolina University under Dr. Andrew Crane and a doctor of musical arts from the University of Missouri-Kansas City Conservatory under Dr. Robert Bode and Dr. Charles Robinson. He and his wife, Alyssa, live in Illinois with their two sons Tyler and Charlie. Jeffrey Allen Murdock is internationally known as a conductor and clinician. He currently serves as Director of Choral Activities, Vocal Area Coordinator, and Associate Professor of Music at the University of Arkansas. He is the 2016 Connor Endowed Faculty Fellow in the J. William Fulbright College of Arts and Science, and 2019 Most Outstanding Faculty at the University of Arkansas. He is the 2021 GRAMMY Music Educator of the Year. Dr. Murdock has conducted regional and state honor choirs, and headlined conferences in 26 states and 5 countries. With research interests including of culturally responsive pedagogy in the choral classroom, music in urban schools, and social justice in music education, he has presented at state, regional and national conferences of the National Association for Music Education (NAfME), the International Society for Music Education (ISME), and ACDA, where he serves as president of the Southwestern Region, past president of Arkansas ACDA, and serves on the national diversity subcommittee. Choirs under Murdock’s direction have performed at the Arkansas All-State Conference and the Southwestern Region Conference of ACDA. In addition to being an accomplished conductor of western choral music, Murdock is also a skilled gospel musician and conductor. He has served on the conducting staff of the National Baptist Convention, USA, Inc., has collaborated with numerous world-renown Gospel recording artists. Murdock holds a bachelor’s degree in music education and a Master of Music degree in choral conducting, both from the University of Southern Mississippi, and a Doctor of Philosophy (Ph.D.) in music education from the University of Memphis. Erin Plisco is the Associate Director of Choral Studies at Missouri State University, where she conducts multiple choirs and teaches undergraduate and graduate choral conducting and literature. She is a frequent guest clinician across the United States and abroad, and has presented at state, regional, and national conferences of ACDA. She currently serves as the ACDA National Women’s/SSAA Choirs Repertoire and Resources Chair. Choirs under her direction recently performed at both the 2022 ACDA Southwestern Region and Missouri Music Educators Association Conferences. Dr. Plisco completed her D.M.A. in choral conducting from the University of Arizona, where she studied conducting with Bruce Chamberlain and voice with Elizabeth Futral. She also studied at Trinity College, University of Cambridge, where she was a recipient of the prestigious Gates Cambridge Scholarship and worked with Grammy-nominated conductor Stephen Layton. She holds a Bachelor of Music in choral music education and  vocal performance, with a minor in leadership studies from Christopher Newport University. Plisco has conducted choirs of all ages, most notably serving as director of choral studies at Pinecrest High School (NC). Under her direction, the choirs received numerous awards at national festivals and competitions, and her chamber choir was the winner of The American Prize for high school choral performance. She has also held positions at the University of Arizona, East Carolina University, and Simpson College. Plisco is a past recipient of the Colleen Kirk Award, given by Southern Region ACDA in recognition of outstanding achievements as a young conductor, and has spent three summers as a choral fellow with the Norfolk Chamber Music Festival – Yale School of Music under the direction of Simon Carrington. Jennifer Sengin is the Associate Director of Choral Activities at Georgia State University where she conducts the Treble Choir and Choral Union, teaches graduate choral literature, co-teaches a graduate conducting seminar, teaches a combined graduate and undergraduate conducting course, and supervises student teachers. Under her direction, the Women’s Chorus (now Treble Choir) won first place in The American Prize in choral performance and Dr. Sengin received second place in conducting. The Treble Choir has recently been invited to perform at the Georgia Music Educators Association conference in January 2023. Sengin was awarded the 2021-22 Georgia State University Instructional Effectiveness Award. An active guest conductor, clinician, adjudicator, and presenter, Sengin has conducted honor choirs throughout the country. In 2023, she will conduct the Texas All-State treble choir. Sengin has presented sessions with the Dublin Youth Singers (Ireland), NAfME Eastern Division conference, and the ACDA Central/North Central Region Conference among others. Sengin frequently presents on recruiting and retaining singers, score study and rehearsal strategies, movement as a rehearsal technique, and building community in the choral ensemble. Meg Stohlmann is the Director of Choral and Vocal Studies at Gonzaga University in Spokane, Washington, where she conducts the Concert Choir, Chamber Singers and Glee Club. Most recently, she was an assistant professor in the Hayes School of Music at Appalachian State University in North Carolina where she conducted the Appalachian Glee Club, Appalachian Chorale, Appalachian Youth Chorale, supervised choral music education practicum and student teachers, and offered seminars on musical theater and American Black composers. Originally from Santa Rosa, California, Dr. Stohlmann taught choir and guitar at the middle and high school level in Lexington, Kentucky, for six years and conducted the Danville Children’s Choir. Her children’s choir and high school advanced women’s choirs performed at the Kentucky music educators state conference in 2014 and 2015, respectively. She earned her Doctor of Musical Arts degree at the University of Washington and masters degree in voice performance and choral conducting from the University of Kentucky. A graduate of the United States Air Force Academy, Stohlmann also served on active duty in the Air Force for five years in Arizona, Korea, and Germany. She separated from the military in 2004 to pursue a second bachelor’s degree in music education at Sonoma State University. Stohlmann’s lifelong love of choral music began as a charter member of the Santa Rosa Children’s Chorus where she sang for over ten years and credits with her decision to make music education her career. Ryan W. Sullivan is Director of Choral Activities & Vocal Studies Coordinator at Arkansas State University where he teaches ensembles, choral conducting, and music education courses. During his career, he has directed choirs with singers of all ages in academic, community, and church settings. He is a former choral director at Lee’s Summit and Lee’s Summit West High Schools near Kansas City, Missouri. Prior to his tenure at Arkansas State, he was the associate conductor for the Dallas Symphony Chorus and served as the conductor of the University of North Texas’ Collegium Singers and period Baroque Orchestra. Dr. Sullivan enjoys bringing new music to life having conducted two North American opera premieres and commissioning new choral works. His interests also lie in early vocal music of the Renaissance and Baroque, and in particular seventeenth-century Venetian music. Sullivan is an active clinician, with recent and upcoming engagements including the Arkansas Regions 1, 2, and 4 mixed choirs, Eastern Arizona Honor Festival, and the Arkansas 9/10 Honor Choir. He is also an active singer in professional choral ensembles such as the Santa Fe Desert Chorale, San Antonio Chamber Choir, The Cecilia Ensemble (GA), and Spire Chamber Ensemble. As a soloist, he has appeared at the Boston Early Music Festival, Austin Baroque Orchestra, and Las Vegas Sacred Music Institute. His performances have been described as “a handsome, well controlled baritone” (Dallas Morning News). Sullivan is the immediate past president of the Southwestern Region of ACDA. He is the 2018 recipient of the Adams-Nordstrom Award for Early Music Studies. In 2014 he was awarded the Prelude Award from Missouri ACDA and was named Kansas City Metro Director of the Year. 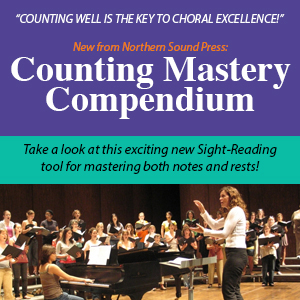 On This Day
September 27

Antonín Dvořák arrived in New York to head the National Conservatory of Music in America on this day in 1892.