Transcription of the address presented March 19, 2021

Greetings, dear Friends and Colleagues. It’s a pleasure and an honor for me to be with you today. The only thing I wish is that we could be here together and singing. That would be the best. But since that’s denied us for the moment, let me talk a little bit about my own experiences, what I’ve learned over these years of working in our profession, and end up with a wish for all of us for the future.

The basic truth is that music is sound. It is only sound. It’s as if all of our other senses were closed off to us and we were like fish in a bowl who know very well the world of water but have no idea of the world outside the bowl. Can we live in that world of sound so completely that we respond to every current, every tiny motion of the sound waves around us? Those sound waves, of course, live in time and space. Time is rhythm and space is all the acoustical elements, the speech, the pitch elements of music. We live in this dual world responding to its various pressures. It’s such a complex world, when you start playing with time and space and music; you are playing with the basic elements of creation. They end up in a song or they end up in a world in which we communicate with each other through this world of sound waves.

The tiny baby knows already how to sing, how to breathe. That first cry is far closer to song than it is to speech. And speech is language communication, learning to put into words our feelings, our wishes. And when that language develops it is capable of both profound insights in poetry and the most elementary laundry lists or shopping lists.

Song, I think, is based on language in that it is based on the intricacies of spoken language itself. It is impossible to notate the intricacies of language, so when we see the words to a song it behooves us to be careful how we speak them, that we speak them so that they transmit what they mean, not just recite them. If we organize the rhythms of the spoken language into a meter, that’s a step towards music. And if we organize the pitches, the little ups and downs of our daily speech, transmute them, expand them into melodic curves, then it’s the exultation of language somehow that comes into song. And what the song ends up communicating is far more than what it looks like on the page. It is not what we are singing about, it is not only that. It is not only rhythm or pitch or form, it is an inward communication of states within ourselves as human beings.

I can recognize a love song from another culture. I can recognize a child’s song. In fact, children’s songs around the world are remarkably similar in different languages. Certainly a song that grieves, a song that remembers, they have characteristics around the world that are very different according to the culture that they come from – and each one of us comes from a culture – and we should be able to honor the great experiences that have arisen within that culture.

We should also be able to say that each one of us can honor the culture of the others among us, because we limit ourselves terribly, we impose a limit on the world of sound, if we say we can’t understand your culture. We’re just not listening enough. We haven’t entered into the world of sound enough to be in that culture.

My favorite example of this is the Black spiritual. It arose in this country as a result, or out of the mouths of people who were subjected to incredible difficulty. But in a large sense, in the big sound sense, [it’s the combination.]  The language of spirituals is the combination of the Black heritage from Africa – of an ear culture [and] a highly artistic culture, where there was not this separation of song from dance from language from poetry – the combination of that Black influence from Africa and the white influence from Europe out of which most of our . . . my, I should say, background comes from studying great classical music. When those two streams met together they were somehow refined in the spiritual to give us a language of music in which our innermost states could be united. I don’t know any other music like it. A Black spiritual can stand right after the Bach B minor Mass as an equal in communication. Somehow the folk music of the world is the foundation, the voice of the people, that is the foundation of all the great composed music.

The composers that we remember are working within the laws of nature, within the laws of sound, in a way that their music seems to always have been there, to be crafted so that it is always there. So honor the folk music, honor the spirituals. Sing them. They’re good for your soul.

In this world now we are beset with electronic sounds. There’s nothing wrong with that exploration, but none of that sound is going to touch us in the way that I’ve just been describing. And we need that. We need to let down the boundaries that we put up around ourselves to shield ourselves from the bruises of everyday living and sink into a song that we can sing together . . . and meet each other on this common ground of what goes on in our inner lives. Try with any music that you are singing with your choirs and your students, your comrades, always to enter into the heart of the song so that you are allowing this communication to be total, to reach us where it really counts.

Alice Parker, internationally renowned composer, conductor, and teacher, studied composition and conducting at Smith College and the Juilliard School where she began her long association with Robert Shaw. The many Parker/Shaw settings of American folksongs, hymns, and spirituals from that period form an enduring repertoire for choruses all around the world. Her list of published compositions has over five hundred titles, ranging from operas through song cycles, cantatas and choral suites to many individual anthems. She has been commissioned by hundreds of community, school, and church choruses, and her works appear in the catalogs of a dozen publishing companies.

In the contemporary climate of data-driven education, you don’t hear much about inspiration in the popular rhetoric about music education and its role and purpose in the lives of children. But in fact the music teacher’s most important responsibility is to inspire her students. Inspiration is difficult to assess and, if acknowledged at all, often gets relegated to the “socio-emotional learning” domain currently in vogue that assigns value to aspects of student learning that the behaviorists can only assess indirectly – for example, by comparing attendance or graduation rates among groups of students and ascribing the higher numbers that music students invariably accrue to the positive influence of what they experience in music class (in contrast to the attendance and graduation numbers of students who do not participate in music classes). From this perspective, music education is valuable as a motivation for students to keep showing up. Although statistics like this may be true (of course they are), they are not what inspiration is really about. Motivation is measured by results, but inspiration is more difficult to measure: inspiration is about connection.

The truth is that you can’t help breathing into your students when you’re in the same room with them – and vice-versa. Breathing is the continuous process of exchange with our environment that each of us must engage in to stay alive. When you share the same space with your students, you are sharing the same air – literally, breathing the same air together: breathing each other’s breath. This act of breathing together is a physical connection –  breathing connects us to environment and to each other. Choral musicians understand this intimately – breathing together is fundamental to a choir’s ability to sing together – and this connection goes beyond breathing: research indicates that the hearts of choral singers beat synchronously as well. And if our breathing and the beating of our hearts move together, how can our minds not also be aligned?

Breathing together isn’t limited to something that only singers, or wind players do. When you share the same space with the same people, day after day, week after week, this breathing together takes on the aspect of a subtle and constant exchange between you and your students.

Inspiration originally had a religious context: for the Romans who institutionalized Christianity, the Spiritus Sancti was literally the Holy Breath. The word spirit instead of breath in English retains an echo of this sanctity, and today we usually understand spirit to refer not to the tangible act of breathing, but rather to a more abstract notion that is related to soul, mind, or psyche.

In Middle English (the ancestor of our language that was spoken from the twelfth through the fifteenth centuries) inspiration meant “divine guidance”, as in the kind of inspiration received by Jean d’Arc. The Maid of Orléans – a teenaged French peasant – led French armies to a string of victories over the English that enabled the uncrowned King Charles VII to receive his coronation at Reims in 1429. Jean’s incredible actions were precipitated and guided by visions of angels. She was captured by the English, convicted on trumped-up heresy charges, and burned at the stake in 1431.

Jean’s story is one of the most spectacular examples of inspiration as divine guidance ever, and it’s a reminder of the powerful effect inspiration can have, and the actions and events that can follow.

Music teachers may not be angels, but our students look to us for guidance nonetheless. If you don’t inspire your students, what is the bottom line for your work in the classroom? A measurable “profit” of skill and knowledge acquisition? Test scores? (e.g. a high percentage of students who win chairs in honor ensembles; ensembles that win competitions or receive high scores?)

Most students – especially those who choose to study music in school, which is the majority of music students in a culture where music is not a core curriculum requirement – most music students are in your class to receive something from the experience besides a grade or assessable accomplishment. Most of us who pursue music do so for social, emotional – or dare I say it? – spiritual reasons.

We all know this but live in a culture that has turned away from acknowledging its importance in education, and so it is disappearing from our intentions and our preparations for what we bring to our students. Inspiration is rarely part of the discussion and training music teachers participate in when preparing to do their jobs, nor is it a component of how teachers are evaluated.

To be concluded in Inspiration, Part 2 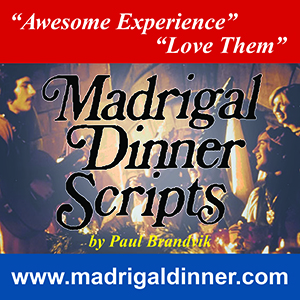