Culturally Responsive Teaching is the buzz phrase for teaching in the 21st century, not just in general education, in choral music education as well. When I entered the choral conducting profession, I knew there would be a disconnect between my education, experiences, and the communities I desired to teach. Thankfully, my teacher education took place with resources such as Culturally Responsive Teaching by Geneva Gay and For White Folks Who Teach in the Hood by Christopher Emdim. As a result, I was able to enter into my first year of teaching with the humility to admit that even though I did not know much, I had the tools to assist me in engaging these students and building my choral program.

I will begin where I firmly believe all choir directors and educators should start: building relationships.

Choose repertoire that mirrors your ensemble. Currently, my student body is 37% Latina, 6% White American, and 57% Black American, and even those demographics do not serve the diversity in the students I teach. In one classroom alone, I taught students from Guatemala, Mexico, Liberia, Sierra Leone, and Morocco. In my small corner of the world, there is a wealth of cultures to build upon.

When my sixth grade choir received “A La Puerta del Cielo,” arranged by Shirley McRae, many students exclaimed, “Yes! It’s in Spanish,” surprised to be learning a song in their native language. These students were in choir for years, and told me they only learned songs in English, Latin, and the occasional South African piece. Being culturally relevant isn’t throwing in your African folk song quota. It is mirroring and educating those who are in your classroom. My eighth grade choir was incapable of understanding why they were learning a Spanish song, until I asked them to look around the room and they noticed a third of the class were Latina. When you program pieces that reflect your classroom, you are educating those outside of that culture and empowering those within.

Part of reality pedagogy in the urban setting is earning the loyalty of your students. Many of them either have strong family bonds, or homes where they are constantly moving and/or the guardians who are constantly changing. Setting goals and standards with your students proves to them that you have expectations for them, and also that you are invested in them. Many students may assume that you will leave at the end of the year. Show them you are willing to show up for them if they are willing to show up for you.

Teaching in a urban education is an odd mix of stern empathy. Too much authoritarianism without relationship will result in push back, however too much “friendship” will communicate that you don’t take your subject seriously and that you allow them to run the classroom. Balancing the love for your students with the love for your craft will help them buy into what you are doing and that you want to work with them.

Literally show up for your students and make the most out of everything they do. Attend their softball and volleyball games. When they share their grades with you, give them a high five and tell them how impressed you are with their progress. Ask about their families, especially their siblings if they have any. If they call you “extra,” chances are you are probably doing something right.

Another buzzword in the 21st century, authenticity is genuinely the greatest character trait I use to earn the respect of my students. I am honest with them, I laugh with them, and most importantly, I listen to them. Many students growing up in urban communities (as well as rural and equally impoverished areas) are not used to honest and consistent authority figures.

Authenticity mandates clear boundaries to maintain authority. At times, your students will think you are a friend because you may be the only teacher who laughs with them. That is when you introduce them to “code switching,” a language technique for groups of people to fit into other social or professional situations. During rehearsal, we are professional and work together to learn the music. Five minutes prior to the end of rehearsal, you can share with the class about that weird cat video or let them know they can come after school to talk about the issues at home. Boundaries are a necessity they need to learn. As choir directors, we often are teaching them more than music.

Emily Halbert is in her second year of teaching at the Chattanooga Girls Leadership Academy and is the Jr. High/Middle School Repertoire and Resource Coordinator for Tennessee ACDA. Emily’s blog is on the long side, but she is contemplating the possibility of a series on the vital topic of Culturally Responsible Choral Education.

The GRAMMY Foundation®  and The Recording Academy® have just announced 25 semi-finalists for the 2017 Music Educator Award™, and we are delighted to note that 5 ACDA members are among them!

The Music Educator Award was established to recognize current educators (kindergarten through college, public, and private schools) who have made a significant and lasting contribution to the field of music education and who demonstrate a commitment to the broader cause of maintaining music education in schools. A joint partnership and presentation of The Recording Academy and the GRAMMY Foundation, the recipient will be honored during GRAMMY® Week 2017.

The ACDA members with a shot to be named Music Educator Award are:

The ACDA supports the GRAMMY Foundation’s Music Educator Award program and encourages all our members to enter their name – or nominate a colleague – for consideration for the 2018 award. The entry form and more information may be found at www.grammymusicteacher.com.

The finalists will be announced in December. Good luck to Erica, David, Keith, Pamela and Richard! 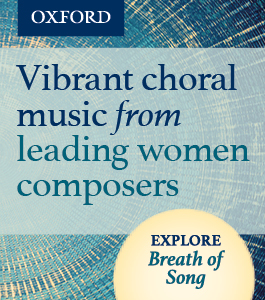