Polifonia.info (www.polifonia.info) is a Social Network Web site that came to live on the 12th of November 2011, and it will be running in “beta testing” until the 31st of December 2011. The idea behind Polifonia.info is to bring together people passionate about choir music. Through Polifonia.info, members will be able to find (and/or invite) other people with same (or not) interests. Members can post/share their interests, thoughts, links, photos, and comments. Members can create groups and promote events, and invite other members to join the group(s) or attend the event(s).

Polifonia.info is a social network Web site created by Crowntek, Lda. (www.crowntek.pt) in a partnership with Ideias do Levante (www.ideiasdolevante.net) .

FRANKSTON, AUSTRALIA — IF you’ve been looking for an excuse to belt out a few tunes, City Life’s Heartsong singing group may be a fun option.
Singing leader Cherie Baxter said the group could benefit people’s wellbeing as well as their singing skills.
“There is nothing quite like singing in a group. It perhaps sounds like something that belongs in the past but I don’t believe it does. It’s got such a vital role to play in the social and mental and artistic needs of every day people.”
The choir, which began in 2006, is intended to support people living with mental illness.
“We have people who come from all over, some as far as St Kilda, and one of the participant recently told me that it was the major event of their week. So I think when you put it in that sort of context it’s like ‘whoa’. It’s not an incidental thing at all. It’s a major anchor and point of reference for a lot of these people’s lives,” Ms Baxter said.
Choir member Neil said he loved getting together with others to sing.
“It’s like a family to me, as soon as everybody’s together you’re part of it. You feel like you’re part of a group again and everybody is doing what they’re doing. It makes life more interesting, rather than just going home and singing by myself. I mean, that’s lonely.”
Heartsong recently performed several songs at Hastings RSL and Ms Baxter said the experience was very rewarding for the group. 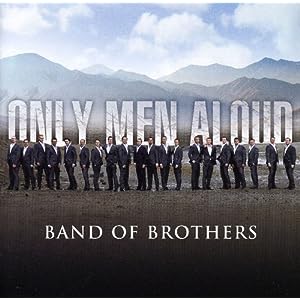 THEY won the hearts of the nation when they were voted Britain’s favourite choir on a reality TV programme.
Now Only Men Aloud have landed their own prime-time series.
And as well as showcasing the musical talents of the Cardiff-based choir, it sounds like it includes plenty of capers too.
“I wanted it to be like The Muppets meets The Monkees,” laughs the choir’s founder and musical director Tim Rhys-Evans.
“There are such personalities in the group that I wanted to show them off. To many people, the boys are Only Men Aloud but I wanted them to have their own identities.”
Filmed during three concerts at the Wales Millennium Centre in Cardiff Bay earlier this year, the eight-part S4C series follows the choir as they perform alongside a number of big names, including Grammy Award-winning soprano Rebecca Evans and international cellist Julian Lloyd Webber.

The song’s youthful joy belies how we all know Shakespeare’s
romantic tragedy ends: the suicides of its title characters.

To have seen Richard P. Hoffman conduct a choir with exuberant
passion – throwing his entire body into the rhythm, sweating
profusely, surrounded by friends and fellow musicians – also stands
in stark contrast to how his life ended, by his own hand,
alone.

Hoffman, 61, began teaching at Coe in 1976. Stone was among his
current students. He was arguably the most visible face of choral
music for decades in the Cedar Rapids metro – in community theaters
and churches, as well as on this campus of 1,300 students. His
death has left the local arts community trying to come to terms
with the sudden loss of a larger-than-life figure.

Hoffman was found dead Oct. 27 in his car in the garage of his
ranch home several miles away in Marion. The Linn County medical
examiner ruled the death a suicide by asphyxiation because of
carbon monoxide inhalation.

A choral group known for its early-music repertoire and a
saxophonist steeped in the art of improvisation may not be the most
likely musical partners. But when the Hilliard Ensemble
collaborated with Jan Garbarek for the first time in 1993, the
result was Officium, a recording of hauntingly beautiful music that
sold more than a million copies.

The Hilliard Ensemble and Garbarek have joined forces again for
their third album, Officium Novum, which features ancient, modern
and sacred music with an emphasis on the musical tradition of
Eastern Europe.

How did such an odd musical association begin? Hilliard Ensemble
tenor Rogers Covey-Crump says that Manfred Eicher wanted to do
something special to celebrate 25 years of his label, ECM Records,
so he arranged a meeting in Austria between the artists.

“Within a very short space of time that afternoon in Austria, we
were making music, and everybody was amazed,” Covey-Crump says.

John Potter, who served as Hilliard Ensemble’s librarian, had
brought a stack of music to the meeting, including Morales’ Parce
mihi Domine. The four vocalists began the seven-minute piece as
Garbarek stood in front of them.

ChoralExpress is a great online source to find and post choral concerts.
The 2010 Holiday Concerts are now posted!
Check out the site at www.choralexpress.com.

U. S. composer and lyricist Irving Berlin was born in Tyumen, Siberia, on this day in 1888.