JUDITH CLURMAN, conductor and music director of the preeminent NYC chorus ESSENTIAL VOICES USA and record label Acis announce the release of AMERICA AT HEART via streaming platforms. The chorus is joined by Tony Award® winners RANDY GRAFF and BRIAN STOKES MITCHELL for a release in honor of the inauguration of the 46th President of the United States, on January 20, 2021.

Scores are available at Hal Leonard.

The first performance of Paul Ayres’s “Anti-Suffragist Reasons” is now on youtube:

It’s scored for unaccompanied SSA voices, and sets the sarcastic (and highly amusing!) words below:

I. Our Own Twelve Anti-Suffragist Reasons

1. Because no woman will leave her domestic duties to vote.
2. Because no woman who may vote will attend to her domestic duties.
3. Because it will make dissension between husband and wife.
4. Because every woman will vote as her husband tells her to.
5. Because bad women will corrupt politics.
6. Because bad politics will corrupt women.
7. Because women have no power of organization.
8. Because women will form a solid party and outvote men.
9. Because men and women are so different that they must stick to different duties.
10. Because men and women are so much alike that men, with one vote each, can represent their own views and ours too.
11. Because women cannot use force.
12. Because the militants did use force.

II. Why We Oppose Women Travelling In Railway Trains

1. Because travelling in trains is not a natural right.
2. Because our great-grandmothers never asked to travel in trains.
3. Because a woman’s place is the home, not the train.
4. Because it is unnecessary; there is no point reached by a train that cannot be reached on foot.
5. Because it will double the work of conductors, engineers and brakemen who are already overburdened.
6. Because men smoke and play cards in trains. Is there any reason to believe that women will behave better?

III. Why We Oppose Pockets For Women

1. Because pockets are not a natural right.
2. Because the great majority of women do not want pockets. If they did they would have them.
3. Because whenever women have had pockets they have not used them.
4. Because women are required to carry enough things as it is, without the additional burden of pockets.
5. Because it would make dissension between husband and wife as to whose pockets were to be filled.
6. Because it would destroy man’s chivalry toward woman, if he did not have to carry all her things in his pockets.
7. Because men are men, and women are women. We must not fly in the face of nature.
8. Because pockets have been used by men to carry tobacco, pipes, whiskey flasks, chewing gum and compromising letters. We see no reason to suppose that women would use them more wisely.

Just in time for the winter solstice, I have posted another choral score video. A COUNTRY BOY IN WINTER is my TTBB setting for unaccompanied men’s chorus of the poem by American poet Sarah Orne Jewett, with a recording by Matthew Curtis of Choral Tracks.

Sheet music for A COUNTRY BOY IN WINTER is available from J. W. Pepper:
https://www.jwpepper.com/10501312.item

For more information about TO A COUNTRY BOY IN WINTER, visit my website at
http://www.gregbartholomew.com/countryindex.html

For the complete playlist of all my score videos:

Leg Lamp Productions is proud to announce, despite of everything that 2020 could throw at, the release of a lovely new film from the City of Angels Master Chorale of Eric Whitacre’s “Glow”. Presented in 4K resolution, this new film merges the lush harmonies of Whitacre’s arrangement, and the expert conducting of Richard Medrano’s chorale, with breathtaking snowscapes and the intimate beauty of winter. A definite must see video to help you look forward to the holiday season and a new year.

As always, “Glow” is best viewed on a large screen and in a darkened room. The sound track is also recorded in Dolby 5.1 surround sound to provide a complete immersion of sight and sound for the viewer. Enjoy!

This past summer I watched the film “1917”, during which a British soldier sings the American gospel song “The Wayfaring Stranger” to his fellow soldiers before heading into a battle. Then a few nights later, I had a dream where I was singing the song in a choir, creating this rhythmic, hocketed and hummed accompaniment, reminiscent of African-American work songs, for a soloist who sang the words. I woke up and was intent on recreating this effect by completing a setting of this song for Solo Male Voice and TTBB Choir and finished within a few days.

But with no chance of a choir being able to sing it during the pandemic, I am so glad that my good friend David McHenry was willing and able to make this fantastic recording all by himself overdubbing himself singing all the parts:

The work is also available in a version for Solo Female Voice and SSAA Choir as well.

Inspired by the joyful noise of people cheering in cities around the world each evening to thank and support healthcare workers earlier this year, and moved by the subsequent explosions of grief and turmoil across the country, NYC-based recording artist October Project decided to bring people together from around the world to lift their voices and spirits together in a song called JOY.

This international VIRTUAL CHOIR OF JOY features 163 singers, players, movers, and shakers (and a sock puppet) from 15 countries, each performing solo but through the wonders of technology forming a stirring harmony of elements. ‘Joy’ is the first single from The Book of Rounds: 21 Songs of Grace, the first gull-length choral work from NYC-based award-winning poet/lyricist Julie Flanders (recipient of the 2020 ACDA Genesis Award) and Emmy-Award-winning composer Emil Adler.

Flanders, Adler, and October Project vocalist/co-producer Marina Belica turned to the idea of a virtual choir when singing (not to mention breathing) became dangerous due to COVID. “We need to keep looking for, and holding onto, moments of Joy, “says the optimistic Julie Flanders. The piece conveys an uplifting and longed-for message of hope and harmony during this worldwide pandemic.

Bridging the worlds of pop, classical and choral music, Joy is featured in The Book of Rounds, a rapturous song cycle of 21 musical rounds, each a fugue of positive messages. Virtual Choir conductor Ryan Heller, Artistic Director of Chorus Austin, says “October Project has captured something that the world needs right now with The Book of Rounds. Each of the 21 rounds combines to form a composite whole that resonates with what it means to be human.” Heller also conducts the upcoming new choral recording of the entire piece performed by Chorus Austin, produced by Emil Adler with Julie Flanders and Marina Belica of October Project, and arranged by Keiji Ishiguri.

The Book of Rounds has been embraced by choruses and a cappella groups all over the world.

Award-winning writer Julie Flanders (recipient of the 2020 Genesis Prize from the American Choral Directors Association), Emmy-Award winning composer/producer Emil Adler, and transcendent vocalist Marina Belica of October Project are internationally renowned artists and producers who collaborate in the creation of musical recordings and events. In addition to The Book of Rounds, they are soon to release The Ghost of Childhood, a full-length album for our times. Their earlier work with SONY/Epic followed by a succession of highly acclaimed independent recordings garnered millions of listeners across the world. They continue to innovate the landscape of independent, intergenerational, genre-bridging music. 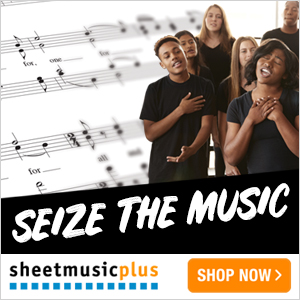