As it prepares for its 2021-2022 concert season, The Cecilia Chorus of New York is proud to announce the launch of a new organizational logo. The 150-voice chorus has been a highly regarded fixture of the NYC choral scene for over a century, performing at Carnegie Hall and other venues. “In the last ten years, under the leadership of Music Director Mark Shapiro, the chorus has emerged with new energy, presenting distinctive interpretations of core repertoire along with premiering commissioned works from a diverse group of contemporary composers. The decision to change the public face of our organization is an exciting visual representation of that evolution,” said Katie Davis, President of The Cecilia Chorus of New York.

The new logo marks the first time the chorus has added a graphic symbol to its name. The graphic indicates the double C’s of Cecilia Chorus in a stylized rendering of the music symbol for Common Time, using a kinetic series of overlapping lines. It is integrated into the word mark by a vertical Bar Line. In its totality, with its fresh fonts and fluid use of brand colors, the new logo is designed to reflect the energy, joy, and ambition that, along with a reverence for the music and a deep respect for one another, distinguish The Cecilia Chorus of New York.

The Cecilia Chorus of New York was founded in 1906 and has been singing, performing, learning, and evolving in excellence ever since. The past all-digital season included interviews with prominent performers and composers — such as Sidney Outlaw, Naomi O’Connell, Tom Cipullo, The Brothers Balliett, and more — in their You Heard Them First series and engaging explorations of choral cultures around the world in their Staycations series. Recent artistic partners have included Obie Award-winning actress Kathleen Chalfant, two-time Tony Award-winning actor Stephen Spinella, and many prominent vocal artists such as Julia Bullock and Ryan Speedo Green in their Carnegie Hall debuts.

Mark Shapiro was appointed the seventh Music Director of The Cecilia Chorus of New York in 2011. The New York Times has characterized his conducting as “insightful” and acknowledged its “virtuosity and assurance,” and “uncommon polish.” Under his baton, The Cecilia Chorus of New York won the ASCAP/Chorus America Alice Parker Award and has evolved into one of the finest avocational performing arts organizations in New York City. 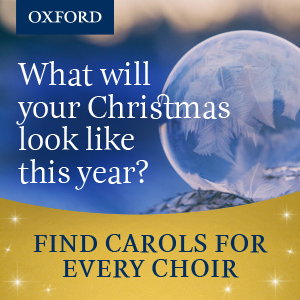