The St. Charles Singers, led by founder and music director Jeffrey Hunt, will open its 38th concert season October 2 and 3, 2021, in St. Charles, Illinois, with a program featuring the world premiere of a new choral work by acclaimed American composer Jake Runestad.

The ensemble’s heartfelt season-opener, Overturn the Night: Songs of Hope and Renewal, features a pair of works for choir and cello, including Runestad’s newly composed “Cello Songs,” commissioned for the St. Charles Singers. Its premiere was postponed from 2020 due to the pandemic.

December’s Candlelight Carols, with its signature mix of Christmas favorites and stylish, lesser-known seasonal songs, continues a Yuletide tradition that began with the choir’s founding in 1984.

April and August bring the final two installments of the ensemble’s multi-season Mozart Journey, an ambitious voyage through the beloved classical composer’s sacred choral works, including many that are rarely, if ever, heard in concerts or worship services.

“Many listeners find Mozart’s sacred choral music as thrilling and satisfying as his operas, symphonies, and chamber works,” Hunt says.

Overturn the Night: Songs of Hope and Renewal

The concert’s centerpiece is the premiere of Grammy-nominated composer Runestad’s Cello Songs, scored for choir, cello, and piano, with text by poet and librettist Todd Boss. The work’s four movements are named for the seasons of the year.

Also written for choir and cello is Dan Forrest’s romantic song, “The Sun Never Says,” about the sun, earth, and “a love that lights the whole sky.”

Guest cellist is Cameron Grimes, a British-American artist now based in the U.S., who performed with the St. Charles Singers during the choir’s most recent English concert tour.

Audiences will hear the world premiere of St. Charles Singers soprano Marybeth Kurnat’s “Epitaph for a Romantic Woman,” her musical setting of a poem by Louise Bogan.

As in the past, the St. Charles Singers’ latest Candlelight Carols program combines holiday favorites with relative rarities and newer works.

Choirmaster Hunt likens the creation of each year’s Christmas program to trimming a Christmas tree, but with musical ornaments.

“We always include some treasured carols that everyone looks forward to,” Hunt says. “But as a choir of highly accomplished professional singers, we also like to offer less familiar, virtuosic works for audiences to discover and savor.”

The penultimate leg of the St. Charles Singers’ Mozart Journey, with the Metropolis Orchestra, offers a program of four works.

Mozart was just 12 years old when he composed the Missa solemnis in C minor, K. 139, for the opening ceremonies for a newly built church in Vienna. A local newspaper reported that the Missa “met with universal approval and admiration.”

Among highlights is the virtuosic operatic aria “Quoniam tu solus,” to be sung by guest soprano Michelle Areyzaga, a former St. Charles Singers choir member who is enjoying a high-profile career as soloist.

The Missa brevis in G major, K. 140, is unusual in that it bears no resemblance to Mozart’s other masses but does share stylistic traits with some of his other work.

A fitting finale to the St. Charles Singers’ Mozart Journey series, this last installment includes the composer’s final work, the Requiem in D minor, K. 626. Gravely ill, Mozart died in 1791 before he could finish it. His student, Franz Süssmayr, completed the Requiem for him.

Mozart also wrote the “Ave verum corpus” in D major, K. 618, during his last year of life. The Compleat Mozart reference work calls it “a piece of wonderful simplicity, a pure distillation of heartfelt devotion.”

The Metropolis Orchestra will perform Mozart’s turbulent, dramatic Symphony No. 25 in G minor, K. 183. Considered an “extraordinary work” by musicologists, the Symphony No. 25, like other minor-key symphonies of the era, borrows its urgent, tempestuous character from the opera world.

Single admission to each of the St. Charles Singers’ concerts is $40 for adults, $35 for seniors 65 and older, and $10 for students.

Tickets and information are available at www.stcharlessingers.com or by calling (630) 513-5272. Tickets are also available at Townhouse Books, 105 N. Second Ave., St. Charles (checks or cash only at this ticket venue). Tickets may also be purchased at the door on the day of the concert, depending on availability.

Founded and directed by Jeffrey Hunt, the St. Charles Singers is a professional chamber choir dedicated to choral music in all its forms. Hailed by American Record Guide as “a national treasure,” the mixed-voice ensemble of 30-plus voices includes professional singers, choral directors, and voice instructors, some of whom perform with other top-tier Chicago choirs. ClassicsToday.com has called the ensemble “one of North America’s outstanding choirs,” citing “charisma and top-notch musicianship” that “bring character and excitement to each piece.” The Chicago Tribune has described the St. Charles Singers as “splendidly disciplined, beautifully responsive” and proclaimed, “Chamber chorus singing doesn’t get much better than this.” Among the St. Charles Singers’ prominent guest conductors have been English composer John Rutter, founder of the Cambridge Singers; Philip Moore, composer and former music director at England’s York Minster cathedral; and Grammy Award-winning American choir director Craig Hella Johnson. The choir launched in St. Charles in 1984 as the Mostly Madrigal Singers. 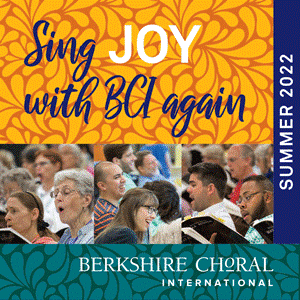 Italian violinist and composer Niccolò Paganini was born in Genoa on this day in 1782.