Last month Edition Dohr in Germany published my Requiem written in 2002. My Requiem is in seven movements and mixes the traditional Latin Requiem Mass text with poetry by Bridges, Whitman and Keats. The work has no dramatic tension; it’s like a lullaby for the dead and a means of comfort for those who remain. It’s very much a work wishing the person a peaceful journey into the after life following the examples of the Brahms, Fauré and Rutter Requiem’s. The fifth movement sums up the whole meaning of the work. It’s a scherzo movement (in a Requiem?), which reminds us that the dead will always live on in the memory of the people they leave behind them.

The work is 25 minutes long and is scored for an orchestra of 2 Flutes (2nd doubling piccolo), 2 Clarinets, 2 Bassoons, 2 Horns, Timpani and Strings.

Score covers and sample pages can be found at https://www.dohr.de/edition_dohr/einzeltitel/ismn9825.htm

A recording of the work is available on www.soundcloud.com https://soundcloud.com/user-696680274/remembered-with-love-requiem-introit 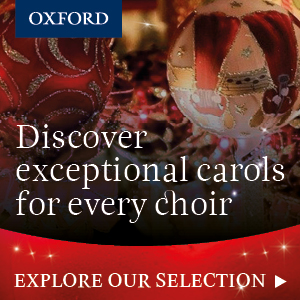