Graphite continues to expand our catalog with extended and ambitious works every year, giving you a broader resource for finding challenging repertoire full of depth and meaning for your ensembles.

One such piece is “Thee We Adore,” by Philip Moody, (SSSAAA/TTBB, unaccompanied). Although it’s set for many divided voices, it’s actually quite accessible. Similar to Franz Biebl’s “Ave Maria,” Moody expands on a traditional plainchant to create a large-scale, antiphonal anthem. The voicing isn’t as intimidating as it appears. There is flexibility in how a conductor can approach the many voice parts, and the homophonic textures and diatonic harmonies make it easy to teach.

One of Graphite’s best-selling pieces is Dale Warland’s “Always Singing,” (SATB divisi, unaccompanied—the choral voices divide up to SSAATTBB). This work is lovely, including rich, warm harmonies. A master choral conductor, Warland knows how to spell chords that bring out maximum color and expression in the voices. Graphite includes a fine live performance of “Always Singing” by Luther College Nordic Choir on the site.

American composer Howard Hansen is mostly known for his instrumental music, but he did contribute some gems to the choral repertoire, including “A Prayer for the Middle Ages” (SSAATTBB, unaccompanied). Available from Earthsongs, “A Prayer for the Middle Ages” would pair well with the previously discussed works. It’s similar in style: neo-romantic, tonal, and a lyrical melodic shape woven into the choral textures.

We also have several works for double choir, including Jocelyn Hagen’s “Gloria,” Paul John Rudoi’s “i carry your heart with me” and Timothy C. Takach’s “Salve Regina.” Dr. Philip Moody is the Artistic Director and Founder of CORO and Co-Director of the 3-Summer MM in Choral Conducting offered through CORO and Simpson College. He is the Artistic Director of the Des Moines Choral Festival, conducting the CORO Vocal Artists and the Festival Chorus and Orchestra. CORO Publishing actively seeks new and unpublished choral works of the highest level, as well as modern editions of earlier works. CORO Publishing also looks to the standard choral repertoire of the western canon and creates new editions in order to bring these compositions to a broader range of modern performers and audiences alike.

Dale Warland, a celebrated American musician, has made an indelible impression on the landscape of contemporary choral music both nationally and internationally. During his time with the Dale Warland Singers, he shaped a vocal ensemble known for its exquisite sound, technical finesse, and stylistic range. Warland’s compositions and arrangements have been performed and recorded by choruses throughout the country. As an editor, he has established choral series with G. Schirmer, Hal Leonard, earthsongs, Colla Voce, and Walton Music.

Jocelyn Hagen, a native of Valley City, North Dakota, composes music that has been described as “dramatic and deeply moving” (Star Tribune, Minneapolis/St. Paul). Her first forays into composition were via songwriting, and this is very evident in her work. The majority of her compositional output is for voice: solo, chamber and choral. In 2012 she collaborated with choreographer Penelope Freeh to create “Slippery Fish,” a quartet for 2 dancers, soprano and viola, and the piece was reviewed as “completely original in all respects.” (Star Tribune, Minneapolis/St. Paul).

Deemed “indisputably unique, confident, and innovative” through the American Prize, Paul John Rudoi’s award-winning compositions have been commissioned and performed by various ensembles and artists throughout North America and Europe. Paul is also a fierce advocate for new music trends, resources, and issues. His most recent project Consortio is designed to help composers, conductors, and ensembles find common themes and interests for consortium-based commissioning while offering tools and services to make commissioning music more readily accessible and feasible. Visit consortio.io for more information. 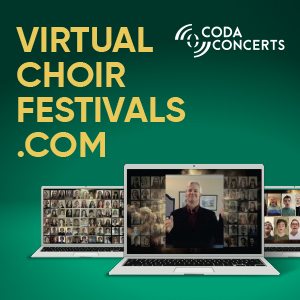 The complete orchestral “Nocturnes” by Claude Debussy was first performed by Camille Chevillard with the Lamoureux Orchestra on this day in 1901.