As 2021 begins to fade toward a horizon, it’s appropriate to take stock of all we have to be grateful for. Through the trials of COVID and other upheavals, the Song goes on. Conductors and singers still have breath in their lungs, and fire in their veins. And audiences still yearn to hear the beauty of music. In this spirit, celebrate the following works in the Graphite catalog. 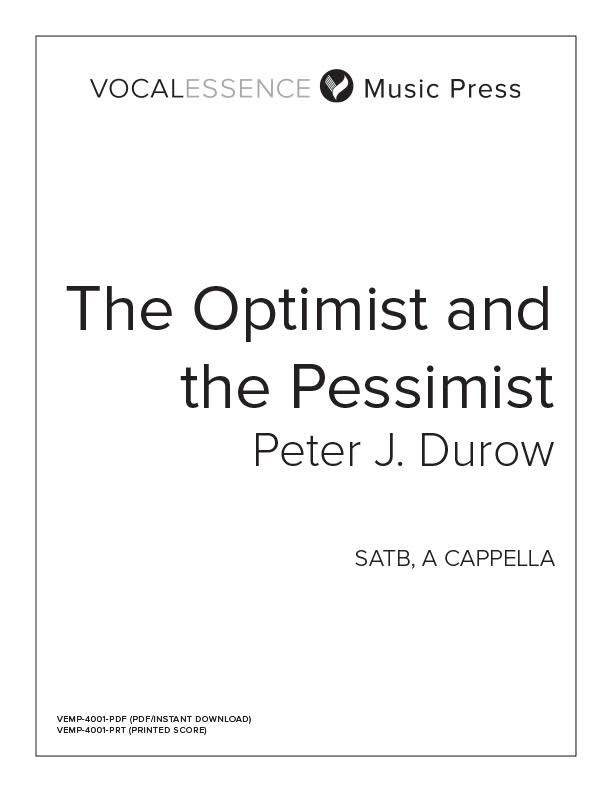 “The Optimist and the Pessimist,” by Peter Durow, SATB, is a fun musical play on a whimsical poem with lines such as, “nothing to sing but song.” Despite the curveballs thrown our way, we sing on and share the joy of the voice with anyone who will hear. A primarily homophonic, syllabic, and diatonic setting, “The Optimist and the Pessimist” is of medium difficulty, appropriate for high school or college groups. Durow’s piece provides some much-needed levity and assurance to choirs and audiences. 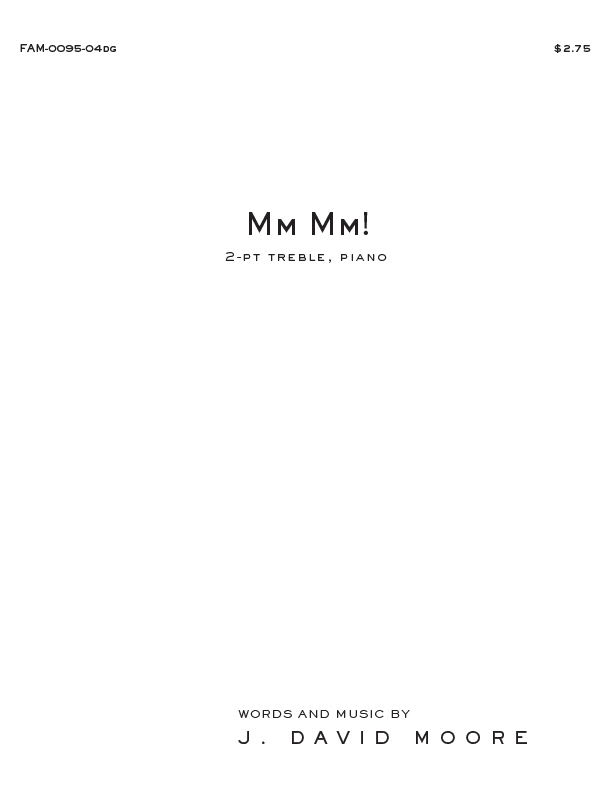 What better way to celebrate the holidays than with J. David Moore’s “Mm Mm!,” a set of easy partner songs for treble voices. Each song begins with a declaration of love for comfort food: ice cream, pizza, chicken, cheesesteak, and pot luck. Many unison passages and an accompaniment that supports the voices make for a quick learn. These songs would be great for children’s choirs, or for developing treble voices.

Linda Kachelmeier’s “We Toast the Days” for TB is the perfect piece for a concert, a dinner party, or any social gathering, really. Choral music belongs in the kitchen, the pub, the home, as well as the stage. Choral music belongs in our lives and what better to give “thanks” for life and music than to “toast the days”? Kachelmeier’s song is strophic, accessible, and easy to sing. Some metric variation keeps it fresh and delightful.

“We Give Thanks” by Jocelyn Hagen, for SATB and orchestra is a powerful setting of a traditional Mohawk Indian blessing. Hagen’s work emphasizes the importance of gratitude for an Earth that sustains all life. A timely and potent work.

Linda Kachelmeier’s “We Toast the Days” performed by Cantus on December 20, 2018 at the Chapel of St. Thomas Aquinas in St. Paul, MN.

Peter J. Durow is a conductor and composer working in the field of music education. He began his tenure as the Artistic Director of From Age to Age, a chamber choir of young professionals based in Minneapolis, Minnesota, in 2016. He is currently serving as the managing editor of the Star of the North magazine, the official online publication of the ACDA-MN. Peter lives with his wife Jodi, and their two children in Maple Grove, Minnesota. An active composer and arranger of choral music, Peter’s music has been described as containing richly diverse musical textures (Heritage Music Press); intelligibility with substance, and accessibility without any feeling of compromise (MusicSpoke). Peter’s composition is published by VocalEssence Music Press in the Graphite Marketplace.

J. David Moore is a composer, arranger, conductor, teacher, and Southerner who has lived in the Upper Midwest for most of his life. His music has been called “endlessly inventive,” “glorious…haunting…breathtaking,” and “joyous…wild and elemental.” He publishes through his company Fresh Ayre Music, and is the founder and conductor of The First Readings Project, a chamber choir that acts as a resource for composers in the development and promotion of new work. He lives with his wife Anna in Minneapolis, where he bakes bread, drinks tea, and is distracted by beauty.

Linda Kachelmeier is a composer, conductor, and professional singer with a special passion for choral music and art song for their capacity for conveying emotion through the human voice. Her music has been described as having “luscious counterpoint, deliberate dissonances, and assertive vocal interaction.” She has received numerous grants and commissions and in 2017 she was awarded the prestigious McKnight Fellowship for Composition. Linda’s music has been performed by professional ensembles such as VocalEssence and The Rose Ensemble, as well as many school and church choirs across the United States and Europe. She is the founder and artistic director of the women’s vocal quartet LUMINA. Since 1991 she has been the Director of Music at First Presbyterian Church in South St. Paul. Her vast experience as a singer and conductor has helped make her a uniquely sensitive and gifted composer when writing for the voice, from children’s choirs to professional singers and all levels in between. Her piece is published through Cantus in the Graphite Marketplace.

Jocelyn Hagen composes music that has been described as “simply magical” (Fanfare Magazine) and “dramatic and deeply moving” (Star Tribune, Minneapolis/St. Paul). Her first forays into composition were via songwriting, and this is very evident in her work. The majority of her compositional output is for the voice: solo, chamber and choral. In 2015, Test Pilot, her dance opera collaboration with choreographer Penelope Freeh, received a Sage Award for “Outstanding Design,” and the panel declared the work “a tour de force of originality.” Her melodic music is rhythmically driven, texturally complex, and has recently become more experimental in nature. In 2013 she released an EP entitled MASHUP, in which she performs Debussy’s “Doctor Gradus Ad Parnassum” while singing Ed Sheeran’s “The A Team.” Her commissions include Conspirare, The Minnesota Orchestra, the American Choral Directors Associations of Minnesota, Georgia, Connecticut and Texas, the North Dakota Music Teacher’s Association, Cantus, the Boston Brass, The Metropolitan Symphony, and The Houston Chamber Choir, among many others. She is currently an artist-in-residence at North Dakota State University and regularly composes for their ensembles. For ten years she was a composer-in-residence for the professional choir she also sang in: The Singers, under the direction of Matthew Culloton. Her music has been performed all over the world, including Carnegie Hall and Lincoln Center in New York City. Her work is independently published through JH Music, as well as Graphite Publishing, G. Schirmer, Santa Barbara Music Publishing, Fred Bock Music Publishing, and Boosey and Hawkes. Visit www.jocelynhagen.com for more information and a complete catalog of works.

On This Day
December 3

Johann Sebastian Bach married his second wife, Anne Magdalena Wilcke, an accomplished soprano in her own right, on this day in 1721.