I like smart people. I enjoy their observations and insights. I love being around them and learning something new. I am convinced that when I work with smart people, I am (and feel) smarter. Do you know what I DON’T like about a few smart people? Being told they are smart–by THEM! It’s been my experience that when someone tells you they are smarter (more talented, more insightful, more informed) than you, they are in fact, not.

Jesse* is tired of working with someone who seems to believe he is the smartest person in the room. It’s his accompanist, and while Dimitri* is a fine pianist and accompanist, he is not a smart as he thinks he is. Dimitri can’t wait to tell Jesse the latest news and share his insightful opinions. He gets his information from social media, and you can imagine what that means. When they were trying to rehearse on Zoom, Dimitri had to share his opinions and wasted time. And Dimitri is quite smug, regularly trying to update the ‘uninformed.’ Jesse believes they should be working together for the good of their chorus, not sharing questionable information, but rehearsals regularly get side-tracked.

Now that they are able to have social-distanced and masked in-person rehearsals, all his chatter before, during and after rehearsals has made Jesse want to fire Dimitri. Dimitri has complied with their organization’s COVID mandates, and he is a good accompanist so there really is no “just cause.” Before the Pandemic, he was always a bit arrogant but now Dimitri is insufferable. And Jesse likes him and his accompanying style, or at least he did, before COVID. Getting a replacement would be difficult in the present climate so he’s at a loss. Up until now, Jesse has kept his mouth shut but believes it is only a matter of time before he will blow, and he doesn’t want that. So, Jesse asked me what he should do.

My own response with people holding different opinions from mine during this time has been to nod my head and say nothing. I think in many ways, the Pandemic has brought out both the best and worst in people. I’m sure Dimitri is frustrated by Jesse’s lack of response to his insights. I understand Jesse’s instincts and his frustration with the constant flow of Dimitri’s opinions.

My advice to Jesse is to speak with Dimitri privately. Explain that rehearsal time is an “opinion-free zone,” and information may be shared only when needed for a healthy and safe rehearsal. Talking about the music they are rehearsing, future rehearsals and sectionals, singers, concert information are all topics which may be discussed but no opinions, political or otherwise, should waste their precious rehearsal time. It might be Dimitri seems to be instigating these conversations because a few singers are asking his opinion. After speaking with Dimitri privately, make an announcement during rehearsal about wasting valuable rehearsal time. It’s important to get everyone working together and singing together, not discussing things having nothing to do with their chorus!

This is yet another Choral Ethics dilemma none of us ever thought we would have to handle.

I am not able to take my Choral Ethics Blogs to my chamber choir’s Facebook page today. Hope to see you again next week! 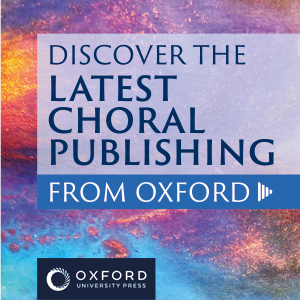