“Neither a lofty degree of intelligence nor imagination nor both together go to the making of genius. Love, love, love, that is the soul of genius.” Wolfgang Amadeus Mozart

One of our sons is also a musician and when he was quite young and had started lessons, we played a game. It was a game my parents played with me when I began ballet and music lessons. I’d like to share it here with you.

There are no right or wrong answers, but the game’s purpose is to get you thinking about behavior in a collaborative setting. Most of the time, young artists say they’d like to work with the Genius and will put up with whatever is thrown at them. Then, they have to WORK with an insufferable genius (or someone who thinks they are a genius) and then they see the beauty of working with someone “merely” good. There are pros and cons for both sides which might change depending on the circumstances. I have been thinking a lot about this game, remembering conversations I had with my parents as a child and conversations I had with my son when he was a child.

This begs the question: why do we put up with terrible, criminal, morally corrupt behavior if someone is considered a genius? Are they entitled to a pass if they are special? The recent death of a certain conductor (you all know who it is, and I am NOT going to type that man’s name!) has got me thinking; why do we do it?

I have a connection, however distant, to that conductor. One of my best friends sang in, and was shop steward for, a symphony chorus that conductor regularly worked with. We’d go out to dinner often with my friend and he’d tell stories behind the scenes. He once told me, when that fellow was conducting, they would warn the new, young looking male singers to never go to the restroom by themselves. I asked why, and my friend told me. This was in the late 1980s/early 1990s so if I knew about this then, why didn’t others and DO SOMETHING ABOUT IT?

When we tolerate abhorrent behavior, aren’t we telling everyone it doesn’t it matter if you do AWFUL things, as long as you sing or conduct or play above a certain standard? Aren’t we making those who believe they are entitled truly FEEL ENTITLED?

Occasionally, someone does something so ridiculous, so unacceptable, they ARE asked to leave. That was the reason a certain opera company’s stagehands wore tee-shirts stating “I Survived the Battle” after a certain Diva was asked to leave. This is an exception but not the rule. When folks are consistently expected to behavior in a professional way, they usually do. When they do whatever they want and there are no repercussions, they get worse in their behavior.

So, who will YOU choose? 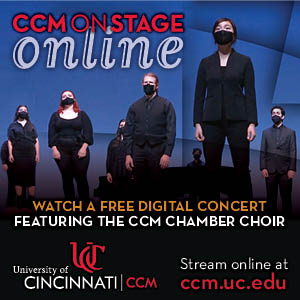