“Women work harder. And women are more honest; they have less reasons to be corrupt.” Ellen Johnson Sirleaf

Last week, I mentioned I’d be sharing sexist stories ChoralNetters have been emailing me since I began writing Choral Potpourri five years ago. Today I share a story not from a ChoralNetter, but a colleague I met during my first church job. This is Lillian’s* story, not mine.

I was hired to replace a young “daughter of the church” and was living in my Mom’s hometown; Grandma still lived there. And when I was hired by this mainline protestant church, I was told they belonged to a consortium of sorts with five other protestant churches in town.

Lillian always organized the retreat and it was held at her church. I had heard about her for years; she was somewhat a legend in Mom’s hometown. An organist of some skill, her choir was probably the best of any of those churches. And I noticed something; Lillian and I were the only women attending the retreat.

We discussed the Lenten services theme, sight-read through a few hymns and anthems, and decided who would do what. One thing struck me during the day; Lillian was a fine musician (better than the rest of us) and yet, she often acquiesced to the male musicians’ ideas. Or at least that’s the way it appeared to me. At the end of the day, she took me aside and suggested we get together for a “gab session.” I had very young children so we decided she would come over for coffee when my toddlers took their naps, sometime the following week.

When Lillian and I settled in for our “gab session,” she asked me a bit about myself and then told her story. In her seventies at the time, she had been an organ student of a very famous organist/composer/choral conductor in Chicago. I knew of him because Mom had been a student of his and I had sung several of his choral works. She had dreams of being a concert organist—and she was good even in her seventies so I could see that—but instead married, had children, and threw herself into church work. She was living in this town because her husband had grown up here. Right after they married, he took over the family business. She told me she had no regrets.

Lillian had been at her church for thirty years and had seen ten pastors come and go. But her first job in the area she had lasted less than three; she was fired for being “too bossy.” Granted, that denomination had issues with women in leadership roles at the time, so she wasn’t exactly surprised but it stung. And shaped the way she handled her present job.

She reached out to me to share some of her wisdom about being a woman in church music (some of which no longer applies) but some is still applicable thirty years after our “gab session.” Lillian was the first one to tell me women conductors are either considered witches** or wimps–so always decide which one best suits your situation. She told me to never sacrifice my musicianship but try to rise above conflict. Then she told me a story that baffled me at the time.

Her husband was a perfectly lovely man and loved music but wasn’t a musician by any stretch of the imagination. When he attended any event where she played, folks complimented HIM for having such a talented wife. Or asked HIS opinion about some item on a program she had just played. Both situations occurred with her standing right next to him. Her husband would defer to Lillian by saying they should be complimenting HER or asking HER. It had been unnerving in the beginning, but she had come to understand people’s ignorance.

Things have changed since Lillian was around, but one bit of advice still stands the test of time. She told me to always try to lift up other women, even if they didn’t lift me up. I’ve tried to follow her advice, even if it didn’t always make sense.

Lillian retired to Florida a few years after we met, living until she was in her late eighties; she would be over one hundred years old now. She was my first real mentor; I mentor others in her honor and hope she would be proud of me.

Stories from ChoralNetters next week. Until then, be well and be safe!

** You know the word I mean 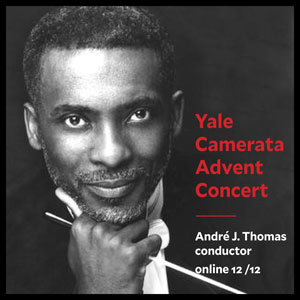 On This Day
December 1

Luke Foss’s “American Cantata” was premiered by the New York Philharmonic, conducted by Leonard Bernstein, on this day in 1977.