This article is the third in a series that highlights themes and programming that will be part of ACDA’s 2019 National Conference in Kansas City. You can see a preview of the second article in this series here.
**********

During the 1960s when I was a university student, Ernest Bloch (1880-1959) was presented in music history class as an important composer of the second rank whose attractive and often powerful music was worthy of study and, occasionally, performance. His music was based on old modes, and he was, therefore, lauded by musical conservatives for having managed to avoid all of the gimmicks defining the various then-current attempts to break with the nineteenth century: the rhythmic and tonal complexities of Igor Stravinsky and Charles Ives, the serialism of Arnold Schoenberg, the polytonal jazz of Darius Milhaud, and so on.

On a superficial level, his music sounded a little like Ralph Vaughan Williams (the occasional augmented seconds notwithstanding) and his Concerto Grosso No. 1 was acclaimed, correctly, as a primary example of Bloch at his very best. He was also the only major composer to have set the Jewish Liturgy in the same way that composers had been setting the Ordinary of the mass for centuries. I will always be grateful to my professor for including this last piece of information in his lecture. But I am still bothered by his slight discomfort with the inevitable questions that followed: Why have Jewish composers not composed for their liturgy; and, perhaps more important: who are the Jewish composers?

I have come to understand that his reluctance with the first question was the result of benign ignorance. After all, until very recently virtually no one outside the Jewish community (including musicologists) knew any of the journeymen composers who were writing for Jewish services, just as people in the Jewish community (including composers and other musicians) knew nothing about Flor Peeters, Martin Shaw, Jane Marshall, Gordon Young, Carl F. Mueller, Pietro A. Yon, or other composers writing for churches. In the 1960s, Solomon Sulzer and Max Helfman were unknown names to most musicians, and Louis Lewandowski’s justly famous Hallelujah was so frequently performed in English by American high schools, colleges, and churches that most people didn’t know the composer was Jewish. It was relatively easy to assume that Bloch’s Avodath Hakodesh was, in fact, the only unified setting of a Jewish liturgy.
***********

Read the rest of this article in the November 2018 issue of Choral Journal! The Choral Journal is a membership benefit to ACDA members. View membership levels by clicking here or going to https://acda.org/membership. 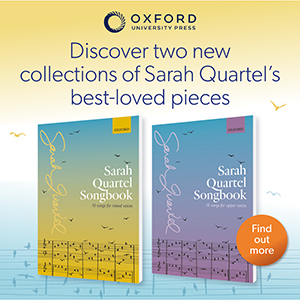